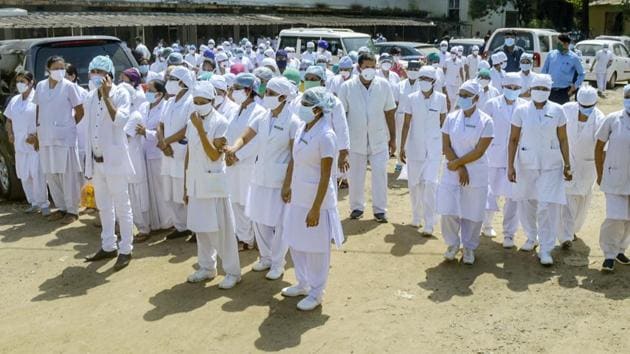 Students of a private college in Tamil Nadu's Coimbatore who were kept isolated following symptoms of Covid-19 were found negative as per their RT-PCR test report.

A total of 40 students of the physiotherapy college had complained of Covid-like symptoms and were kept in an isolated ward in the college hostel.

The college had on April 22 and 23 conducted a seminar in which students from Karnataka, Andhra Pradesh, and Kerala had taken part. There were around 3,000 students and these 40 students, who had actively participated in the seminar, were found to show symptoms like fever, throat infection, body ache, and other influenza-like symptoms, following which they were isolated.

Subsequently, Coimbatore health authorities had taken the samples of 83 people including 60 students, faculty members, cooks, and other staff of the private college

The Health Department of Coimbatore corporation had a huge sigh of relief after they found that all the samples that were tested for Covid were found to be negative.

The Coimbatore health officials, including doctors of the private hospital who were treating the students in the isolation ward of the hostel, said that the students' throat ache and fever may be due to excessive consumption of ice water and ice creams during the seminar days.

Every fifth person in UP is...