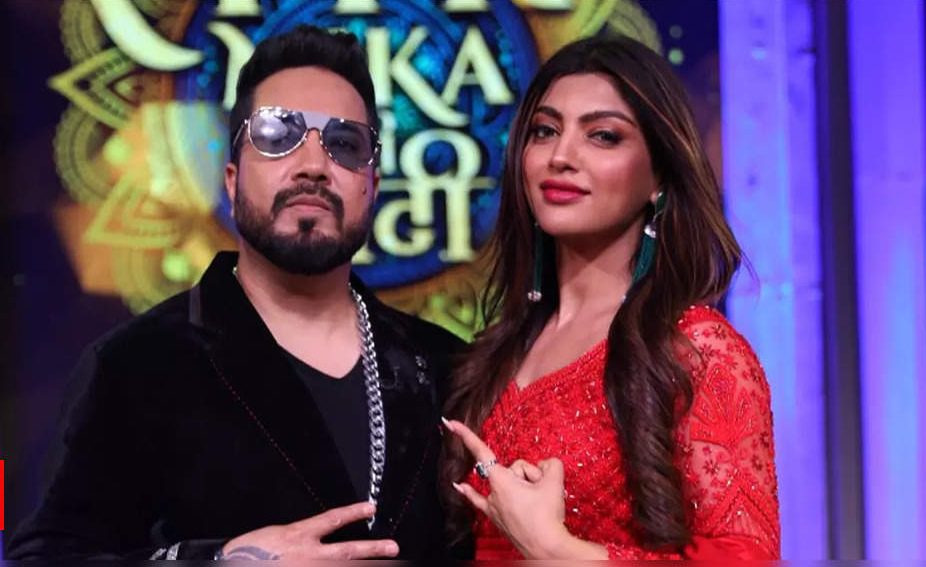 Aakanksha Puri has worked in a few movies in the South and she was also part of Madhur Bhandarkar’s ‘Calendar Girls’. Recently, she was back in the headlines when she entered the television reality show ‘Swayamvar Mika Di Vohti’.

Reportedly, the actress has been friends with Mika Singh for nearly a decade and she was later brought into the show as a wild card entry.

The fact that she knew the singer from before coupled with the fact that Mika Singh eventually picked her as his life partner at the end of the show has raised several doubts over the authenticity of it being a reality show. Many netizens are claiming that the entire show was scripted and it was already decided that Puri would be the bride.

Aakanksha Puri evidently decided that it was time to address these rumours surrounding her new relationship and whether or not ‘Mika Di Vohti’ was scripted.

Addressing the scripted rumours, in an interaction with ETimes, Puri was insisted that the show was not scripted. She said, “My entry in the show was not planned. In fact, he was surprised when he saw me as a wild card contestant.” She also added, "I would like to reiterate that this is not a sham. But things have to gradually happen over a period of time."

Aakanksha Puri went on to talk about her bond with her now, singer-musician beau and said, “Mika and I have been friends, but we haven’t dated or romanced each other. Marriage is a big decision, so one has to think a lot before taking the plunge. You can’t get married just after completing some tasks on a show. So, I am looking forward to spending quality time with Mika and getting to know him better.”

For the unversed, when the show was announced, contestants from across the country signed up to become the potential ‘Vohti’ (bride) for Mika Singh. However, the sudden entry of Aakanksha Singh, who was not only a close friend but also an actress left everyone on the show as well as the audience shocked.

When it was revealed that the two of them knew each other for a decade and then when Mika finally chose her as his life partner, this led to him and Puri being massively trolled across social media as many dubbed his entire show and a “mere publicity stunt”.