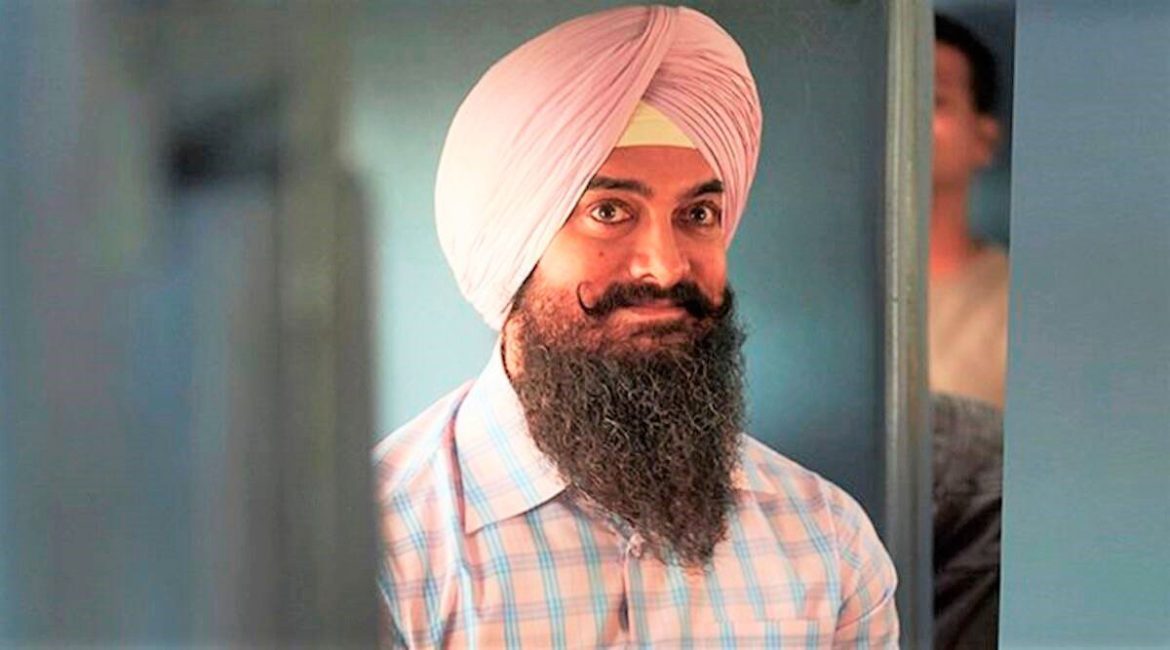 After making the audience go gaga over his 'Kahani' with his curiosity raising videos, superstar Aamir Khan finally revealed it on Thursday.

'Kahani' is the first song to be released from his upcoming film 'Laal Singh Chaddha' where he stars opposite Kareena Kapoor Khan.

'Kahani', crooned by Mohan Kannan, has been composed by Pritam, who enjoys the solo credit for the entire album of 'Laal Singh Chaddha' with lyrics penned by Amitabh Bhattacharya. The song encapsulates the movie and in essence introduces the audiences to the film.

Interestingly, in a game changing move, Aamir Khan has chosen to not release the video of the song, but instead only the audio so that the audiences' attention is diverted to the actual hero of the music – the music itself and the team that put these pieces together. The actor-producer decided to put the musicians and the music of the film centre stage.

Talking about the same, Aamir said, "I truly believe that the songs in 'Laal Singh Chaddha' are the soul of the film and this album has some of my career's best songs. It was a very intentional decision to put Pritam, Amitabh, the singers and technicians in the spotlight because not only do they deserve to be centre stage but also the music deserves its due credit. I can't wait to see how audiences react to the music that the team has poured their heart and soul into."

Commenting on the occasion, Pritam added, "Aamir Khan is a hero both onscreen and off it. He understands that music needs to be under the spotlight at times and has allowed it to take centre stage in his films. It's the most fantastic and satisfying experience working with him on his films."

Mohan Mannan, the singer of 'Kahani' shared an interesting anecdote with regards to the song, he said, "'Kahani', or the 'feather song' as it's referred to internally, is a beautiful composition by Pritam and is written by the incomparable Amitabh Bhattacharya and as soon as I entered Pritam's studio to sing it, everyone told me just how excited they were about this song and the way it had turned out."

He added that he is "super glad" to have lent his voice to the song and naturally "can't wait for everyone to listen to it too."

Lyricist Amitabh Bhattacharya, who is known for doling out hits such as, 'Channa Mereya', 'Kalank', 'Saawre', Haanikarak Bapu' and many more, said, "I have tried my best to encapsulate the soul of the film through the lyrics of this song. It was a beautiful experience and I am so happy that the release of this song is going to be a novel experience for all of us."

'Laal Singh Chaddha', which stars Aamir Khan, Kareena Kapoor Khan, Mona Singh and Chaitanya Akkineni, is the Indian adaptation of Eric Roth's original screenplay of the 1994 Hollywood hit, 'Forrest Gump' which saw Tom Hanks playing the lead. The Indian adaptation of the screenplay has been done by Atul Kulkarni and the film is directed by Advait Chandan, who has earlier made, 'Secret Superstar'.

Sharing his excitement for the 'Kahani' song, Advait said, "'Kahani' is my most favorite song ever. Every time I felt nervous on a shoot, I would listen to this song. It's the perfect introduction to our film. Dada's melody, Amitabh's lyrics and Mohan's voice transport us directly into the world of 'Laal Singh Chaddha'".

'Laal Singh Chaddha', produced by Aamir Khan Productions, Kiran Rao and Viacom18 Studios, is all set to release on August 11, 2022 in theatres worldwide.