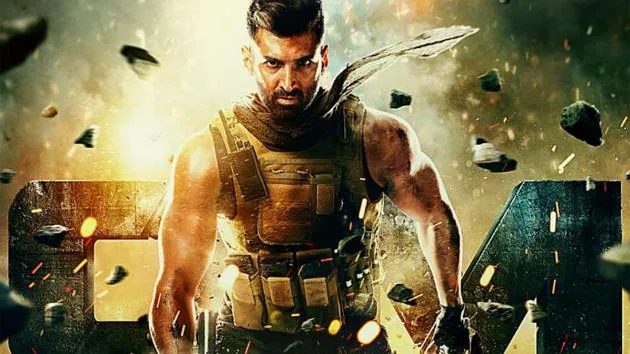 Aditya Roy Kapur’s action avatar will soon be seen in ‘Om The Battle Within’. The power packed high on action teaser for the movie is out now. The movie also stars Sanjana Sanghi, who debuted in ‘Dil Bechara’.

The minute long teaser of the movie does not feature the actress though. The movie has been directed by Kapil Verma.

The teaser opens with a man saying that he doesn’t remember anything, this is followed by a child screaming “Papa” and then a man saying, “Run, Rishi, run! We then see glimpses of a burning pyre. This is followed with a few intense seconds of Aditya Roy Kapur’s action sequences where he is attacking men on ships with his kicks and punches. The teaser is packed with action stunts including one of Kapur paragliding and there is also a chopper crash to boot.

Sanjana Sanghi shared the teaser on her Instagram and captioned it, “A glimpse into #OM. Ek ladai ko jeetne ke liye usse kai baar ladna padta hai (Some battles have to be fought over and over again, to win). #OM: The Battle Within, releasing in Theatres Worldwide July 1st 2022.”

Some fans reacted to the teaser and said it reminded them of Tiger Shroff’s ‘Baaghi 3’ and some fans also said that they felt the movie seems to have too much action.

Aditya Roy Kapur was last seen in Ludo helmed by Anurag Basu. He reportedly is also a part of ‘Thadam’ remake and he has also been roped in for a mini-TV series. Sanjana Sanghi reportedly has one more film in her kitty.