After ‘The Kashmir Files’, Anupam Kher is back on the sets to shoot for his 523rd film 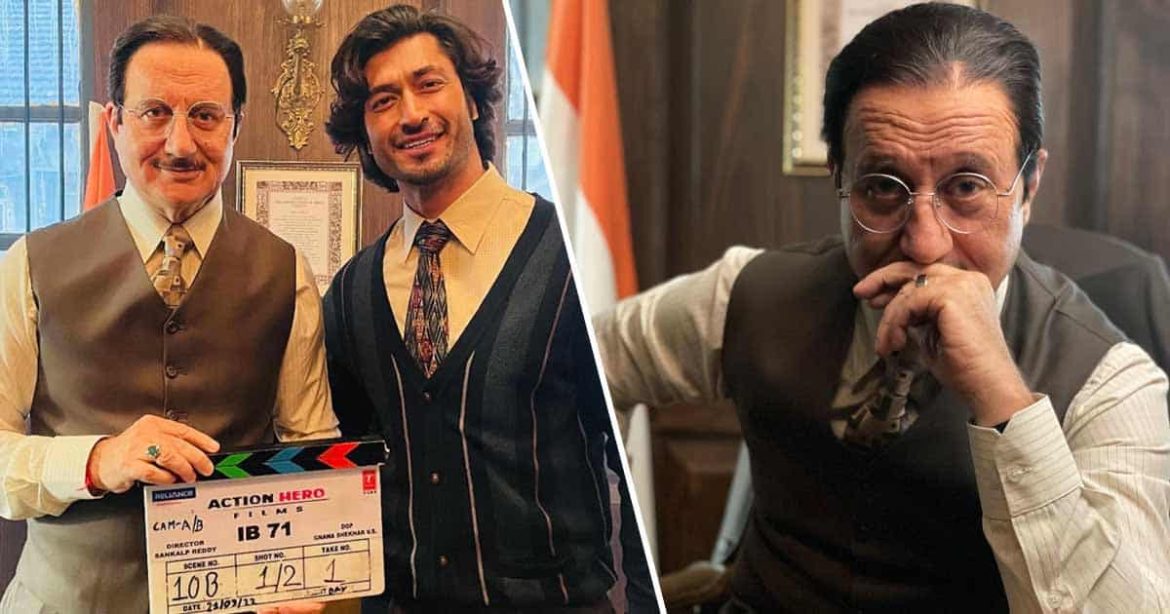 Anupam Kher has been showered with a deluge of praises for his impactful performance in ‘The Kashmir Files’, which is currently running successfully in theaters all over the country. The movie that deals with the controversial story about the exodus of Kashmiri Pandits from the Kashmir valley in 1990 has become the hot topic of debates and arguments all over India.

Anupam Kher, though, is not sitting back on his laurels, the busy actor is back on the shooting set ready to work on his next project, titled ‘IB 71’ in which he will star alongside action hero Vidyut Jamwal.

‘IB 71’ will be Anupam Kher’s 523rd movie. That number is astounding, there are actors who go through their whole life acting and don’t manage to act in such a large number of movies.

We know the count of Anupam Kher’s movie, thanks to the actor himself, who took to his Instagram and Twitter handles and shared a series of pictures from the set of ‘IB 71’. In the pictures, Anupam is posing with Vidyut Jamwal and is holding the movie’s clapboard in his hands.

Along with the picture, he wrote, “And I start my 523rd film #IB71 with the highly talented and heart-warmingly humble @VidyutJammwal! His company @ActionHeroFilm1 produces it.” He further wrote, “#SankalpReddy of #TheGhaziAttack fame directs this fantastic thriller! Jai Ho and Jai Hind! ???? #LifeOfAnActor #Movies #JoyOfCinema,”

‘IB 71’ is directed by Sankalp Reddy who is famous for the intense movie ‘The Ghazi Attack’. This movie too deals with a patriotic and intense subject. It is an espionage thriller which is inspired from true events of how India’s Intelligence officers outwitted the Pakistani establishment and provided the Indian Army the advantage they needed during the war.

‘IB-71’ will be Vidyut Jamwal’s Action Hero Films’ debut production. The movie is being co-produced by T-series and Reliance Entertainment.