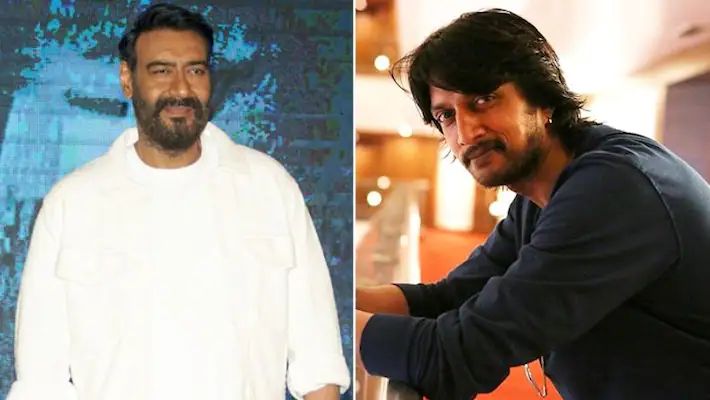 Bollywood actor Ajay Devgn, who is gearing up for the release of his film 'Runway 34', publicly replied to Kannada superstar Kiccha Sudeep's opinion on Hindi not being the national language of India, on Wednesday.

Sudeep had earlier made a comment at the film launch of 'R: The Deadliest Gangster Ever'. When probed about a Kannada film becoming a pan-Indian hit, Sudeep told media, "You said that a pan India film was made in Kannada. I'd like to make a small correction. Hindi is no more a national language. They (Bollywood) are doing pan-India films today. They are struggling (to find success) by dubbing in Telugu and Tamil, but it's not happening. Today, we are making films that are going everywhere."

Incidentally, Ajay was recently seen in a cameo appearance in superstar director S.S. Rajamouli's magnum opus, 'RRR' along with Ram Charan, Jr NTR and Alia Bhatt. The film, which was a pan-India release, was dubbed in five languages – Hindi, Telugu, Tamil, Malayalam and Kannada.