Alia and Ranbir to be first guests on ‘Koffee With Karan 7’? 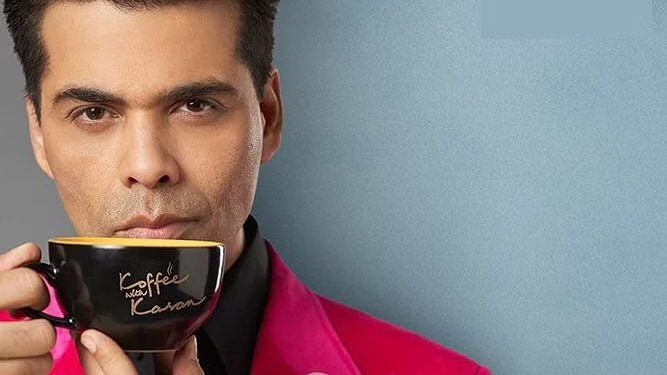 Alia Bhatt and Ranbir Kapoor tied the knot on April 14, 2022 in an extremely intimate ceremony conducted in the latter’s home in the presence of only family and a handful of friends.

Since then, fans are eagerly awaiting the public appearance of this couple. Alia and Ranbir who have, since the wedding being spotted in and out of airports separately as both actors are hard at work to complete their shooting commitments seem all set to make an appearance together for none other than Karan Johar.

It was revealed earlier this week that Karan Johar will be back on the ‘Koffee’ couch for a seventh season after nearly four years. The show’s seventh edition was pushed back after the controversial discussions around nepotism and the untimely tragic demise of actor Sushant Singh Rajput who netizens felt was unnecessarily trolled on the chat show.

Karan Johar faced a lot of backlash about creating an exclusive inner club and shunning outsiders making it difficult for those not from the industry or without connections to have a successful Bollywood career.

Now it seems like Karan Johar has put all the bad vibes behind him and is all set to host the seventh season of ‘Koffee With Karan’ and if the buzz is to be believed then his first guests will be none other than newlyweds Alia Bhatt and Ranbir Kapoor.

A source close to Bollywood Life confirmed that Alia and Ranbir would likely be the first guests on the show, which is slated to start production towards the end of May.

As stated by the source, “Karan is damn excited to have Alia Bhatt and Ranbir Kapoor as his first guest. They will be making the first appearance on the chat show as man and wife and later they will also kick start the promotion of their first film together Brahmastra. Karan Johar who was damn emotional at Alia‘s wedding as he considers her his daughter and is looking forward to having a chat with her about getting married to dream man Ranbir Kapoor.”

Koffee With Karan Season 7 is scheduled to air in June 2022.