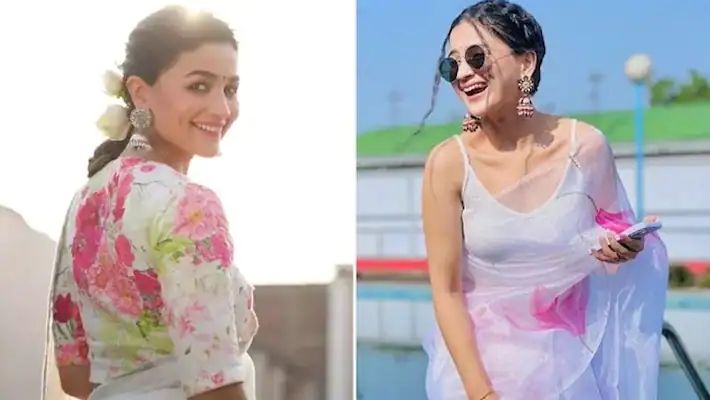 Debutante Celesti Bairagey got her breakthrough on the small screen with the forthcoming show 'Udti Ka Naam Rajjo' after one of her videos went viral on the social media.

Hailing from Assam, Celesti, who has a following of over 400,000 on Instagram, recreated a scene from Alia's film 'Gangubai Kathiawadi'. She was compared with the actress for her uncanny resemblance.

The 23-year-old Assamese actress said: "Initially, there was no direct communication for approaching me. My social media account is managed by a third party. So, a casting agency contacted that organisation, and they communicated their offer to me. They provided me with a script and I called back the creative team to get the gist of the character."

She said that for the first time to shoot for this show, she moved out of her hometown.

"I recorded and sent them my monologue as a self-test. After a couple of days, I got a call saying that I have been selected for the screen test. This is my first time ever being out of Assam. This is a very big opportunity for me, and I am extremely grateful and excited to be a part of 'Udti Ka Naam Rajjo'."

The daily soap is about a young girl Rajjo, who wants to be an athlete and Arjun, motivates her to pursue her dream.

'Udti Ka Naam Rajjo' is all set to start from August 22 on Star Plus.