Anubhav Sinha’s next production to be released on August 19 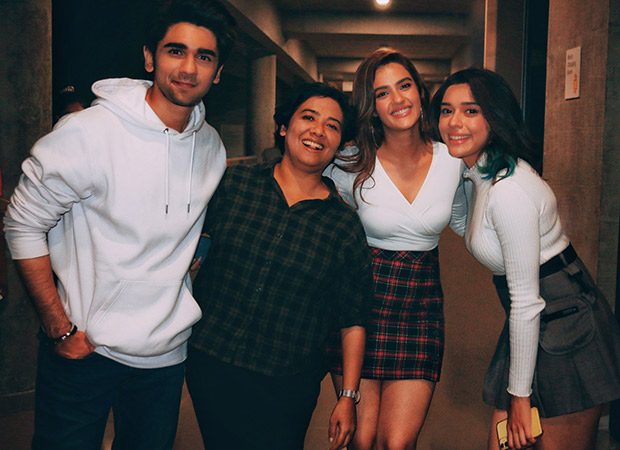 Anubhav Sinha is one filmmaker who is never afraid to push the envelope when it comes to bringing hard hitting content to the mainstream. His soon to release, ‘Anek’ has been making waves for the subject that it will be showcasing.

His choice of lead, Ayushmann Khurana, is also another plus as audiences are more open minded and look forward to watching never before explored content portrayed by Khurana.

Even as the movie’s release is awaited, Sinha’s Banaras MediaWorks is already working on their next project, an as yet untitled, slice of life drama which will be directed by Ratnaa Sinha.

Ratnaa made her directorial debut with the Kriti Kharbanda and Rajkummar Rao starrer, ‘Shaadi Mein Zaroor Aana’ in the year 2017. That movie turned out to be one of the top-rated movies on satellite for 2017. It was an unexpected hit and became the most watched movie of that year.

She seems to be upping her game with her second directorial and aims to showcase a different type of coming-of-age story in the rural setting. She likes the slice-of-life narrative and like her first, this movie, too, will have a relatable “lived-in” feel to it.

The movie is untitled so far and is being produced by Anubhav Sinha through his production house Banaras Mediaworks in collaboration with Zee Studios.

The makers are currently eyeing a release date of August 19, 2022. This movie stars Preeti Kamani who was seen in the Netflix movie, ‘Maska’. The movie also stars Manoj Pahwa, Kavya Thapar and Eisha Singh who will be making her movie debut with this one.

Speaking about the movie, director Ratnaa Sinha said, “I am so grateful for the love that the audience gave me for my first film. It encouraged me to step out of my comfort zone and attempt a film that’s unusual for me. It’s a sweet and comforting story that makes an important point. I enjoyed every bit of shooting this film and can’t wait for the world to watch it!”