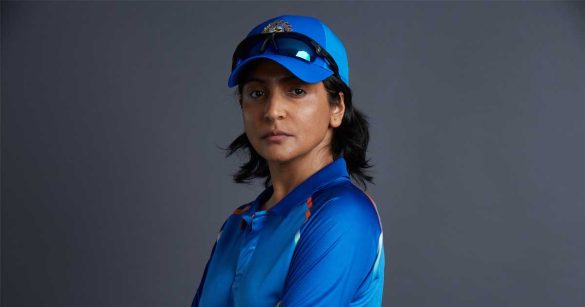 Anushka Sharma is hard at work trying to ace her cricketing skills, more specifically her fast-bowling skills to get into the skin of her character, Jhulan Goswami in the upcoming biopic on the fast bowler of the Women’s Indian Cricket Team.

The movie titled ‘Chakda Xpress’ is currently under production and reportedly for the movie Anushka will be shooting scenes in the top 4 cricket stadiums of the world.

As per sources, Anushka will head to London to play in the Mecca of Cricket, the Lord’s Stadium in the UK. She will also be shooting in the Headingley stadium, which is also in the UK.

It is also reported that one of the top 4 stadiums includes a big stadium in India as well.

As reported by Bollywood Hungama, an industry source stated, “Yorkshire County Cricket Club have just announced a new sponsorship deal with Karnesh Ssharma’s Clean Slate Filmz, which will take over as principal sponsor at Headingley for the 2022 season. So, it’s certain that Anushka will shoot at this iconic stadium. Plus, given Jhulan’s cricket trajectory, Anushka is expected to shoot at Lord’s and at a few other big world cricket stadiums. It looks like she will travel to at least 4 big stadiums for the film!”

Chakda Xpress is a biopic based on the life and journey of Indian cricketer Jhulan Goswami who had to work her way up to the national cricket team, despite all the odds stacked up against her.

She fulfilled her dream of representing India at the international level and surpassed her goal as she even went to become the captain of the women’s national cricket team. Jhulan Goswami is an inspiration and role model for all who aspire to play the game of cricket in India. In the year 2018, she had the honour of getting a postage stamp issued in her name.

Jhulan Goswami has the world record of being the highest wicket taker among women at the international level. She also holds a joint-record for highest number of wickets taken in the history of Women’s World Cup. She made this record in the recently concluded ICC Women’s World Cup.

Jhulan took a total of 39 wickets in the World Cups she has participated in, the same as Australia’s Lyn Fullston who accomplished this from 1982 to 1988.

Chakda Xpress is a Netflix original film and is slated to release for streaming later in the year.