Are Karan Kundrra and Tejasswi Prakash getting married soon? 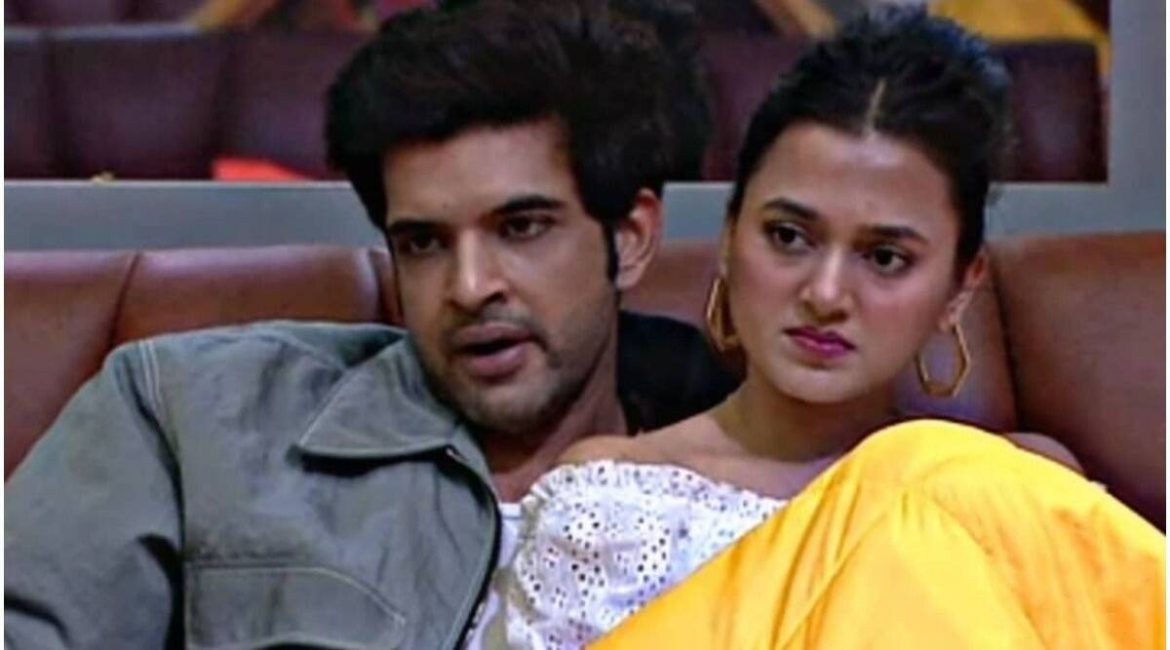 Karan Kundrra and Tejasswi Prakash’s love story bloomed on national television on the reality show Bigg Boss 15. Tejasswi eventually went on to win the grand prize on the show as well.

Ever since the couple have come out of Bigg Boss house, they have painted the town red with their romance. The couple are madly in love and not even trying to hide how much they adore each other.

Recently there were pictures circulating that suggested Karan and his parents visited Tejasswi’s house where both the families met up with each other.

This gave rise to the wedding rumours and some fans even speculated that the meeting between the two families was actually a small engagement ceremony between the couple.

Recently Karan Kundrra had a conversation with RJ Siddharth Kannan where he was asked about these rumours and whether the two are really going to get married soon?

To this Karan said, “I’ve accepted that I am going to get married to Tejasswi only”. He further added that theirs was probably the first marriage that India confirmed without even asking the couple about it.

Karan was asked if he and Tejasswi discuss their future and wedding, to which Karan promptly said, that of course they do discuss their wedding and life ahead. When further prodded about wedding dates, Karan said, “We’re dating now.” Karan also said that he and Tejasswi do have plans to get married but for now they want to take it slow and enjoy dating.

When talking about his parents approval to his relationship, Karan said, “It’s very important for me to know what my parents think about… They have dedicated their lives to us. We cannot be selfish. I believe two families come together when two people are in a relationship. It was a sigh of relief that they loved her.” He also said that his parents called her the “heart of the family”. He said he was grateful that his parents liked the girl he was dating.

Tejasswi Prakash too was asked about her wedding plans with Karan Kundrra. When talking about it to Bollywoodlife, she said that the two of them were madly in love with each other, but right now they wanted to focus on their careers. Tejasswi also added that Karan was the best boyfriend ever and the best thing that happened to her.

Love bells are clearly ringing for this Bigg Boss lovebirds, but wedding bells? Perhaps not!

Docu-series ‘The Romantics’ to feature Rishi...