Better late than never, Shashank Singh arrives in IPL with a bang 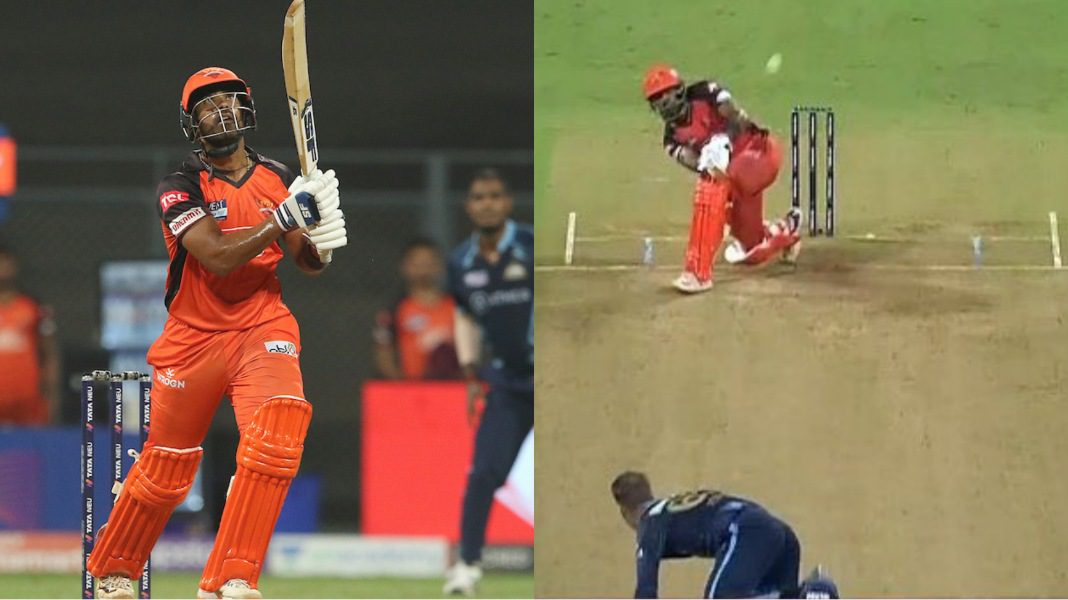 Patience is bitter but its fruit is sweet. That saying aptly fits Sunrisers Hyderabad's young cricketer Shashank Singh, who has been honing his skills and patiently waiting for his chance in the Indian Premier League since 2017.

He made his debut against Chennai Super Kings at Dr. D.Y Patil Stadium on April 9 but did not get a chance to bat. And when he finally got the chance against Gujarat Titans on Wednesday, the 30-year-old batter mesmerised the cricket world with his flawless six-hitting abilities.

After 18 overs, Sunrisers Hyderabad were 160 against Gujarat Titans and fans were expecting a below-par score.

But the right-handed batter, Shahshank Singh, came in for his maiden innings in IPL 2022, and smashed Lockie Ferguson, one of the best T20 bowlers in the world, all over the park.

The batter from Chhattisgarh hit three sixes as he scored 25 runs in 6 balls with a strike rate of 416.67.

Thanks to Singh's brutal assault, SRH finished with 195/6 in 20 overs. The right-handed batter returned unbeaten on 25 off 6 balls, which featured one four and three gigantic sixes. The effort was lauded by many former cricketers including Harbhajan Singh.

He was picked by Delhi Daredevils for IPL 2017 for Rs 10 lakh but did not get a chance to play. In 2018, Shashank was picked by the Rajasthan Royals in the player auction for the 2019 edition of IPL.

He made his first-class debut in December 2019, for Chhattisgarh in the Ranji Trophy. In 9 first-class matches so far he has scored 438 runs at an average of 43.60. hitting a hundred and three fifties.

In 23 list A matches, Shashank has scored 538 runs at an average of 29.77, hitting three half-centuries.