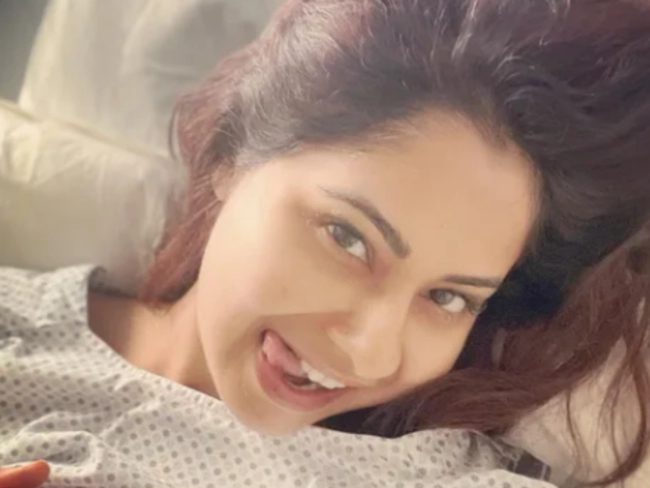 Television actress Chhavi Mittal took to her social media last week to share that she has breast cancer. The actress decided to keep her fans updated about her condition very step of the way and a couple of days ago she shared a video of herself dancing in her hospital room, where she had gotten admitted for her breast cancer surgery.

Now the actress has shared that she is cancer free. She took to her Instagram on Tuesday; April 26 following her surgery and penned a long note. Without going into too many details, the actress shared, When the anaesthesiologist asked me to close my eyes and think of something nice, I visualised my beautiful breasts perfectly healthy. And then I went under. The next thing I know, I woke up cancer free. The surgery lasted for six hours, there were multiple procedures done, and it’s a long road to recovery, but the great thing is… it’s only going to get better now. The worst is over.”

Speaking to HT, the actress further stated that she is touched that so many people reached out to her saying they were inspired by her. She said, I am just the way I am, I am just being myself and not somebody who feels negative emotions. I am generally somebody who is a very positive person in life, that’s the only side I am putting out. It is amazing that people are liking seeing that. Not everybody can face difficulties like I can. Even the people I meet in hospitals, the surgeons and nurses, I crack jokes with everybody.”

She candidly adds that sometimes people get the jokes and other times she can see they are wondering how she is so chirpy when fighting the ‘C-disease’. Talking about it, the actress continued, “Everybody faces it, and the difficulties are only big as we make them. If your state of mind is sad, even the smallest of problems will see big. My family is worried and sad, but they look at my face and feel better, when I smile or crack silly jokes.”

Chhavi Mittal is currently still in the hospital recuperating from the surgery and several friends from the industry have been visiting her. She said, “A lot of them reached out. I have so many messages. My hands are not working, one hand has been operated upon, one has IV, I am not moving them right now, but taking calls as much as I can. A lot of my friends came to visit me in the hospital, I allowed them since you can never have too many of them. Well-wishers are always welcome with open arms. If somebody offers any help, I take it.”