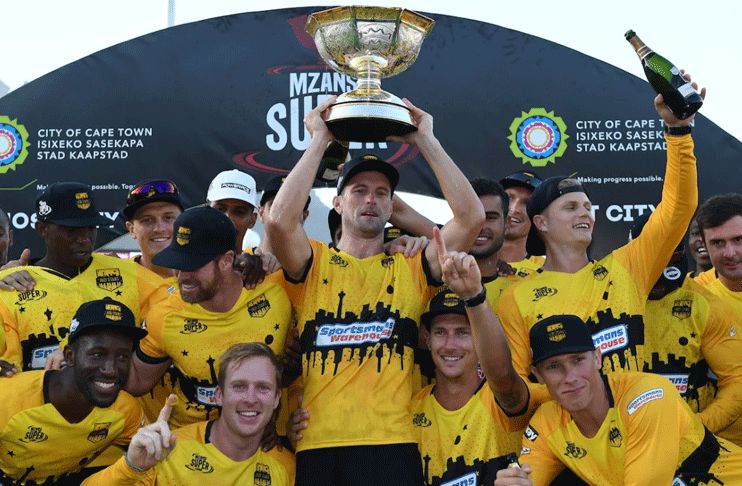 Cricket South Africa (CSA) has announced on Friday the launch of a new franchise-based T20 tournament that will be played in January 2023, immediately after South Africa's tour to Australia.

The CSA said in a statement that an agreement has been signed with broadcaster SuperSport to "form a new company that will manage the new league".

"Plans for the competition are well underway with the first ball to be bowled in January 2023. January will then become the window for the league which will comprise of six privately-owned franchises playing each other in a double round-robin before the top three sides move to the play-off stages," CSA said in a statement on Friday.

The Chief Executive Officer, CSA Pholetsi Moseki said that the cricket body is excited by the formation of something this fresh and invigorating league, which also offers the opportunity for private investment into the franchises.

"CSA has already received interest from a number of potential local and international investors," Moseki said.

Moseki emphasised that this is an entirely new event, adding that South Africa has a rich crop of talent who would benefit from exposure through a franchise league.

He said that a sustainable business model had been created for both the league and the teams, with a healthy salary bill to attract the very best local and international players.

The league also represents a fresh injection of funds into the sport in SA which will help grow the game. Modelled along the lines of T20 events worldwide, the focus will be on all-action cricket sportainment.

"We are delighted to invest in a product that will change the face of South African cricket. There is an early-year gap in the calendar, so the timing is ideal. SuperSport has committed to live broadcast of all the matches and will also produce the world feed for the international television market," Marc Jury, SuperSport CEO said.