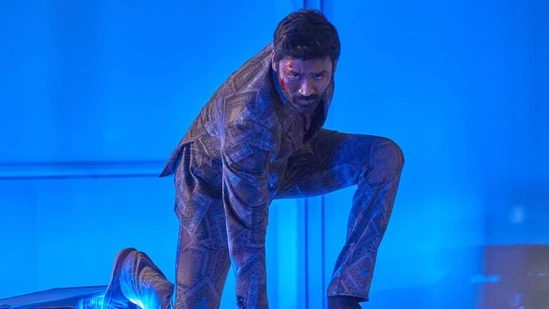 On Tuesday, April 27, Netflix took to their official Instagram handle to share the first look of actor Dhanush from his debut Hollywood movie ‘The Gray Man’.

Netflix India too shared the look on their official Twitter handle, where Dhanush is seen crouched atop a car looking all intense with bloody wounds on his face. The post caption read, “The first look of Dhanush in The Gray Man is here and it's vera maari vera maari."

THE FIRST LOOK OF @dhanushkraja IN THE GRAY MAN IS HERE AND IT’S VERA MAARI VERA MAARI 🔥#TheGrayMan pic.twitter.com/eAYxQfXqWQ

Fans of the actor were quick to comment and congratulate the actor for his Hollywood debut.

‘The Gray Man’ movie is based on the 2009 Mark Greaney novel of the same name. The movie is an action thriller and it revolves around assassin and former CIA agent Court Gentry, played by Ryan Gosling. The movie follows Court trying to escape Lloyd Hansen, played by Chris Evans, who is trying to hunt him down. Lloyd Hansen also happened to be a former member of Court’s CIA team.

Speaking to PTI in December 2021 about his experience of working with the Russo brothers for ‘The Gray Man’, Dhanush had said that for it was “a very good learning experience.”

Dhanush was last seen in the 2022 Tamil action flick ‘Maaran’, which released on Disney+ Hotstar on March 11.