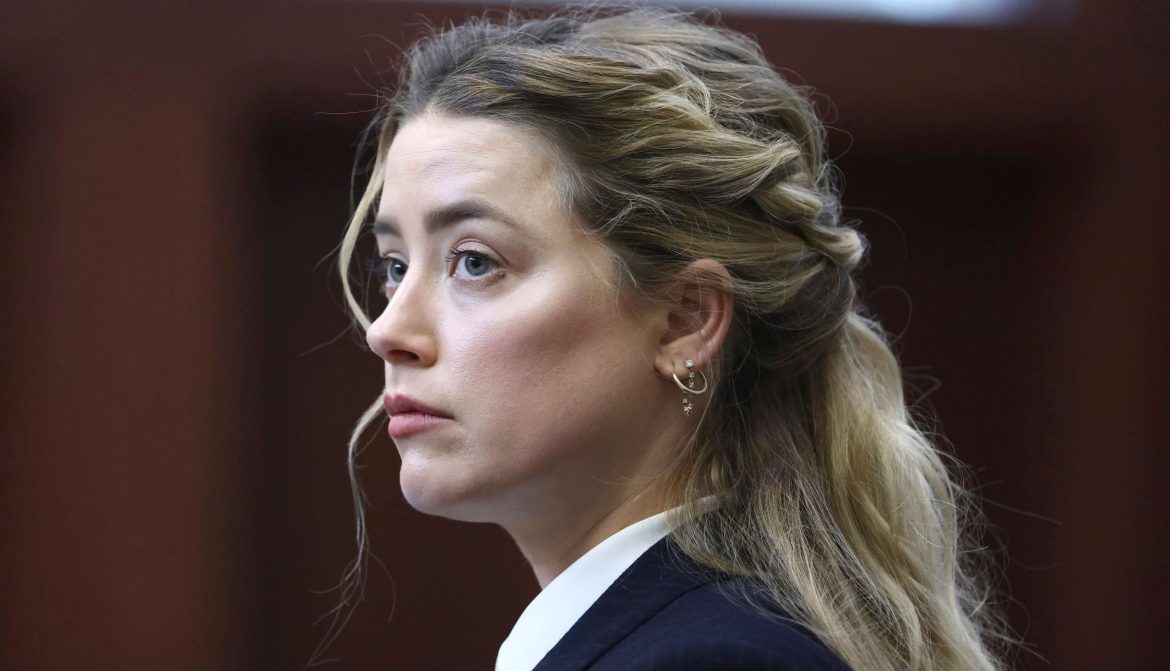 A clinical and forensic psychologist who evaluated actress Amber Heard and who was hired by Hollywood star Johnny Depp's legal team has testified that the she showed signs of borderline and histrionic personality disorders, but not post-traumatic stress disorder (PTSD).

On day nine of Depp's defamation trial against Heard, Dr Shannon Curry told the court that she was asked to "provide a psychological evaluation of Ms Heard" back in October 2021, but was never asked to do so for Depp, reports people.com.

Dr Curry reviewed "all the case documents" as part of her evaluation of the 'Aquaman' actress, as well as Heard's medical records (including for "mental-health treatment"), audio and video recordings, photos and "multiple witness statements." She said she met with Heard "on two separate dates," December 10 and December 17, 2021, for about 12 hours total face time.

Dr Curry also said she saw no evidence of PTSD in her evaluation of Heard but noted: "Just because somebody doesn't have PTSD doesn't mean that they weren't harmed psychologically by whatever is being alleged – in this case, Ms Heard is alleging that she was psychologically harmed and that she suffered PTSD because of abuse that she alleges occurred by Mr Depp."

Dr Curry said in court Tuesday that "there was information that supported" her conclusions in her evaluation of Heard "from multiple sources," including a test the psychologist conducted herself and "evidence of those diagnoses in her records and in her self-report."

During cross-examination, an attorney for Heard asked the psychologist whether she was board certified. Dr Curry responded that she is not.

The psychologist was also asked about having dinner and drinks at Depp's home before she was placed on retainer. Dr Curry said the meeting was between herself and the actor's legal team, not Depp himself. She also said it wasn't her job to evaluate Depp in this case.

"Don't you think that's a little odd that you're getting interviewed by Mr Depp to decide whether you're going to testify adversely against Amber Heard?" the actress's attorney asked, to which Dr Curry responded: "I was interviewed by the legal team."

Depp is suing Heard for defamation over a 2018 op-ed she wrote for the Washington Post about surviving domestic violence, though she never mentioned Depp by name in the article. The Pirates of the Caribbean actor originally filed the $50 million lawsuit in March 2019.

During opening statements earlier this month, Heard's attorney Ben Rottenborn said evidence will show she suffered domestic abuse by Depp that "took many forms," including physical, emotional, verbal and psychological, as well as "sexual violence at the hands of Depp."

A spokesperson for Depp denies the allegations, calling them "fictitious."

In November 2020, Depp lost his highly publicized U.K. libel lawsuit case against British tabloid The Sun for calling him a "wife-beater." The court upheld the outlet's claims as being "substantially true" and Heard testified to back up the claims. In March 2021, his attempt to overturn the decision was overruled.

Heard has not yet taken the stand in this trial.