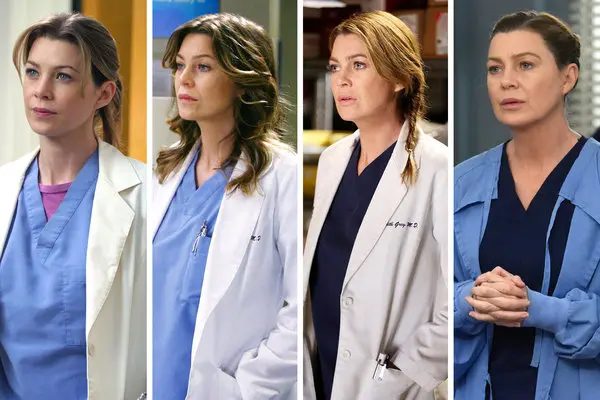 Grey’s Anatomy will soon be concluding it’s 400th episode on May 26, 2022. The show has become Television’s longest running medical drama. Currently, ‘Grey’s Anatomy’ is airing its 18th season and the network has renewed the show for season 19 as well, with Ellen Pompeo agreeing to reprise her role as the lead – Meredith Grey.

Since a couple of years, the producers of the show made it clear that they will end the show when their lead actor, Ellen Pompeo says she is done.

Grey’s Anatomy follows the life of a surgeon, Meredith Grey and her journey from intern to resident to ground-breaking surgeon at a major hospital in Seattle. Through the course of the 18 seasons of the show, several members of the main cast have departed the show, including Meredith’s best friend and fellow surgeon, Cristina Yang, played by Sandra Oh and the love of Meredith Grey’s life, her husband, Derek Shepherd, played by Patrick Dempsey.

These two remain the biggest exits of the show and since then many other members of the main cast have exited the series.

Speaking about the show and the many scenes she has shot over the years, Ellen Pompeo shared one particular difficult scene from the show that she wouldn’t be able to do today.

She spoke about this on her podcast ‘Tell Me’, via Cinemablend, and the scene in question was from the Season 6 finale of the show – it is an episode that fans of the show consider one of the best. In that episode a shooter enters the hospital with the main aim of killing Derek Shepherd (Ellen’s on-screen husband). Pompeo said that she experienced high levels of emotions so many times and it was a very demanding ask from any performer.

She was quoted as saying, “I find that I don’t want to make myself miserable anymore. Like, you know when you have scenes where you have to, let’s say like when Derek got shot, that’s something I remember, like, really vividly. Sandra and I — shout out to Sandra Oh, one of the greatest to ever do it — we had to scream and cry and go crazy 30 f***king times. I couldn’t do that now, you know? I don’t want to!”

Ellen has been associated with the show for eighteen seasons now and she remains one of the highest paid actors for television raking in at least $20 million a year. Given that she is the heart of the show and over the years she also gets a producer’s credit for the show, it is reasonable to assume that she won’t have to put herself through something that intense again.

Grey’s Anatomy is telecasted on ABC Network on Thursday nights.