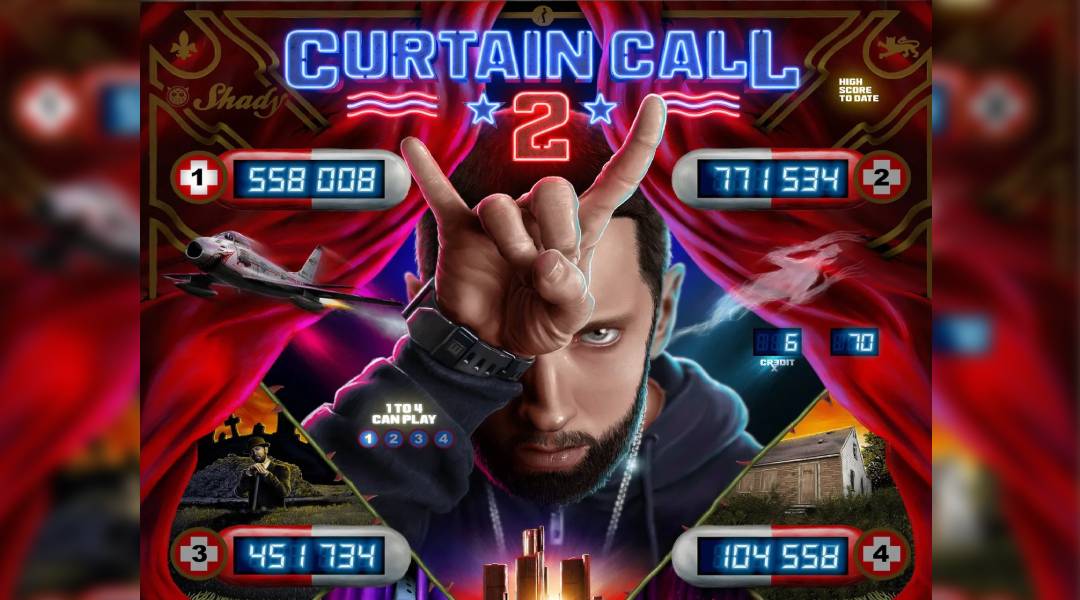 Rapper Eminem has unveiled the tracklist for his upcoming 'Curtain Call 2' greatest hits album, which is set for an August 5 release and highlights his hit singles from 2009 through today.

According to people.com, he took to Instagram and shared the news.

Alongside two new tracks, 'The King and I' featuring CeeLo Green from Elvis and 'From the D 2 the LBC' featuring Snoop Dogg, Curtain Call 2 includes Eminem's hit singles such as Rihanna collaborations 'Love the Way You Lie' and 'The Monster', 'Not Afraid', 'Crack a Bottle' featuring Dr. Dre and 50 Cent, 'Walk on Water' featuring Beyonce and 'Kings Never Die' featuring Gwen Stefani.

The tracklist announcement arrived just one day after Eminem dropped the previously unreleased 'Crack a Bottle' music video, filmed around the No. 1 single's release in 2009, which he said via Instagram was "Unlocked from the Shady Vault."