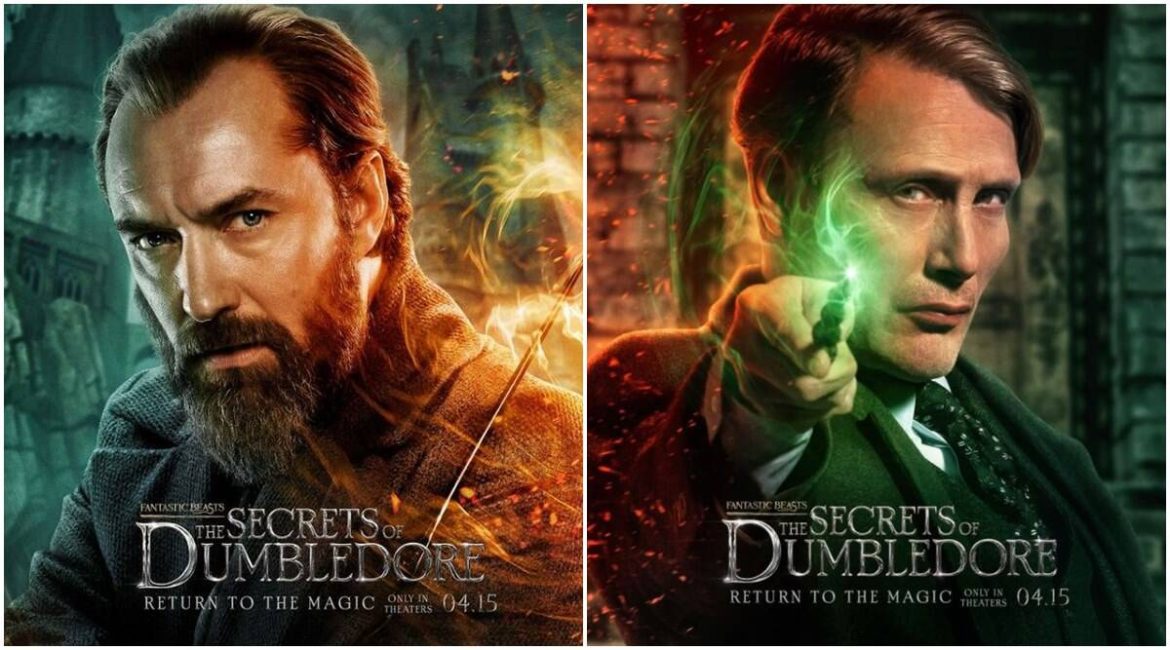 The upcoming release from the ‘Potter-verse’ films ‘Fantastic Beasts: Secrets of Dumbledore’ is all set to hit the big screens in April.

As part of the promotion of the movie, a series of clips have been released by Warner Brothers which will show up as Internet ads on YouTube. In one such small clip we see the interaction between Jude Law’s Dumbledore and Mads Mikkelsen’s Gellert Grindelwald.

In the clip we see the two characters chatting in a restaurant. It looks like Gellert does not want to listen to Albus and says, “It was you who said we’d reshape the world,” Albus replies, “Yes, that’s what we said we’d do because I was in love with you.” Their conversation is accompanied by a flashback to two young boys (Young Dumbledore and Grindelwald) holding hands.

Here is the clip:

This is not the first time that Albus Dumbledore’s sexuality or the true nature of his relationship with Grindelwald is being discussed. In ‘Harry Potter and the Deathly Hallows’ readers find out that Grindelwald and Dumbledore were rivals later in their life, but they started out as best friends when they were teenagers.

Though it wasn’t explicitly mentioned in the book, the affection and the emotion that Dumbledore seemed to express for Grindelwald seemed like it was more than friendship. Author J.K. Rowling later confirmed that Dumbledore was gay though she did not come right out and state that in her books and she also seemed to hint that the person he loved was Gellert Grindelwald.

‘The Fantastic Beasts’ movies are a spin-off from the ‘Harry Potter’ series. The movie focuses on Eddie Redmayne’s Newt Scamander and his efforts to help Albus Dumbledore in stopping his friend, Grindelwald who seems to be on a rampage to destroy and subjugate Muggles, i.e., non magic humans.