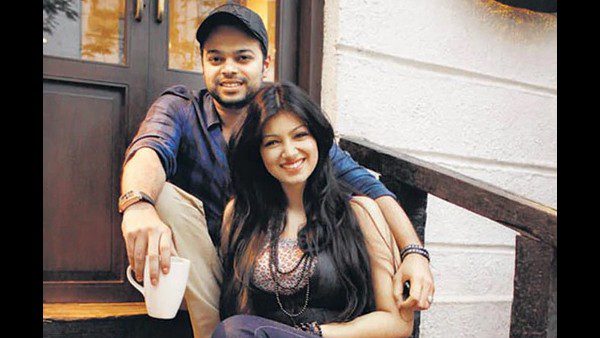 Actress Ayesha Takia’s husband Farhan Azmi recently took to his social media to state that the CISF (Central Industrial Security Force) in Goa airport, passed ‘dirty sexual comment’ and were racist towards him.

He also claimed that a male security officer told his wife Ayesha Takia to stand in a separate queue during security check and even tried to ‘touch her’.

Farhan said that he will be filing an official complaint about this and will take this matter to the court if necessary.

On April 4, Farhan tweeted, "Dear @CISFHQrs, I was boarding for Mumbai on @IndiGo6E 6386, 18:40 hrs. flight and these racist officers R P Singh, A K Yadav, commander Rout and senior officer (SP category) Bahadur purposely singled me and my family (wife and son) immediately after they read out my name out loud to team."

His tweet further stated, ““Altercation started when an armed male officer at the security desk tried to physically touch and tell my wife, son to stand in another line while all other families were standing together for security. All I said to him is to dare touch any female here and maintain distance @CISFHQrs.”

His long tweet regarding the incident continued and the businessman said, "It didn’t stop here! Senior officer Bahadur then signaled the @CISFHQrs guard with his hand who was ready to frisk me. This racist **##** made a dirty sexual comment while he was checking my pockets which had only a ₹500 note (video on record ). @CPMumbaiPolice @aaigoaairport."

In his tweet he said that he demanded an inquiry and wanted the incident verified through the CCTV footage and he demanded that the said officers be suspended immediately. He said that the CISF and the Goa airport authorities should take cognizance of the issue and ensure they don’t post such racist, illiterate and ill-mannered officers anywhere but especially in a tourist hub like Goa.

Farhan added in tweet, “Within minutes he gathered 5 other officers including a senior named Bahadur who instead of resolving the issue, identified me with my boarding pass and pushed me saying 'isko udhar karo, ye Maharashtra nahin hai (take him there, this isn't Maharashtra)', went on to announce my name to all of them and refused to let me through.”

Dear @CISFHQrs
I was boarding for Mumbai on @IndiGo6E 6386, 18:40 hrs flight & these racist officers R P Singh, A K Yadav, commander Rout & senior officer (SP category) Bahadur purposely singled me & my family (wife & son) immediately after they read out my name out loud to team pic.twitter.com/gjHdnFajDN

Farhan concluded his tweet by saying that he will be filing an official complaint and that his legal team will be taking the matter to court if deemed necessary. He ended his tweet by saying, “Shame on such officers who disrespect the uniform to satisfy their racist egos @CISFHQrs @AAI_Official @aaigoaairport @goacm @samajwadiparty @DrPramodPSawant @abuasimazmi @rais_shk."

A day after his tweet, Farhan received a reply on Twitter from Goa airport which read, "We regret the inconvenience caused to you and family while traveling. Please be rest assured this matter shall be duly looked into." He replied, "Thank you for your prompt response @aaigoaairport. This was highly embarrassing and disturbing to go through with my wife & son around. I will be taking this up legally as well. Appreciate your message."