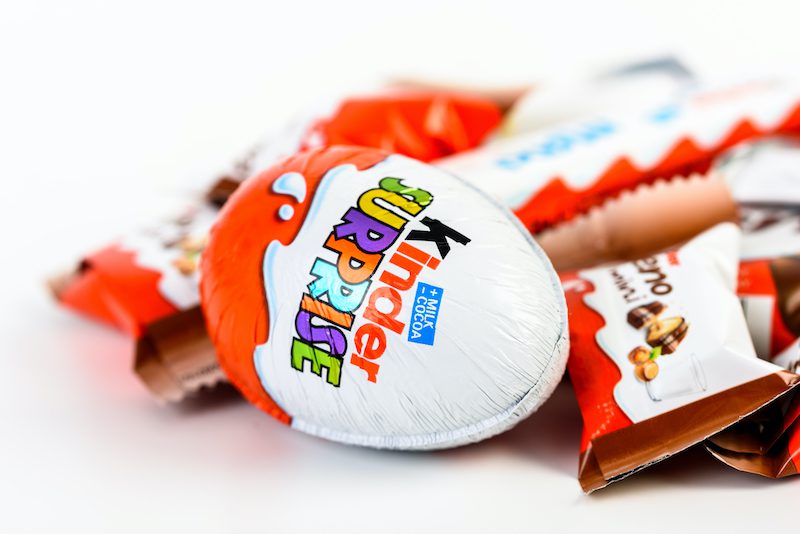 Italian chocolate and confectionery products company Ferrero has voluntarily withdrawn some of its Kinder chocolates from markets in the US, Canada and several European and Asian countries over a potential salmonella contamination.

The countries recalling Kinder eggs and chocolates include Canada, the UK, Germany and France in Europe and Hong Kong and Singapore in Asia.

Ferrero, which manufactures Kinder Joy at its plant in Pune, said India is excluded in the list of countries where its products are being recalled, according to media reports.

Salmonella is a common food-born illness that causes diarrhoea, fever and stomach cramps.

The move from countries comes after the firm recalled its Kinder Surprise chocolate eggs from the UK stores earlier this week, BBC reported. It came after more than 60 people in the UK, mostly young children, became infected with salmonella in an outbreak linked to the Kinder Surprise treats.

While the UK Food Standards Agency (FSA) said no deaths had been reported in the UK, most cases involved children aged five and below.

According to the chocolate-maker, none of its Kinder products, released for sale, had tested positive for salmonella. But the decision to recall was taken because they were manufactured in Belgium where salmonella had been detected.

"The company takes food safety extremely seriously and we sincerely apologise for this matter. Our continued commitment to consumer care has driven our decision today to extend the voluntary recall," the spokesperson said.

As per reports, no other Ferrero or Kinder products are believed to have been affected.

Europe's health agency is also looking into dozens of suspected cases of salmonella linked with chocolates in at least nine countries including the UK, Germany, France and Belgium.

In its latest statement, the company, said: "Ferrero is cooperating with the US Food and Drug Administration on reported cases of Salmonella in Europe."

The FSA had advised people not to eat 20g or three-pack eggs with expiration dates between July 11 and October 7, 2022.

The regulator said that if customers have chocolates from the batches described, they should avoid them. They can also contact Ferrero for a full refund, the report said.

No illnesses have yet been reported in Canada relating to the consumption of the recalled products.

The Canadian Food Inspection Agency says the recalled Kinder chocolates should not be eaten.