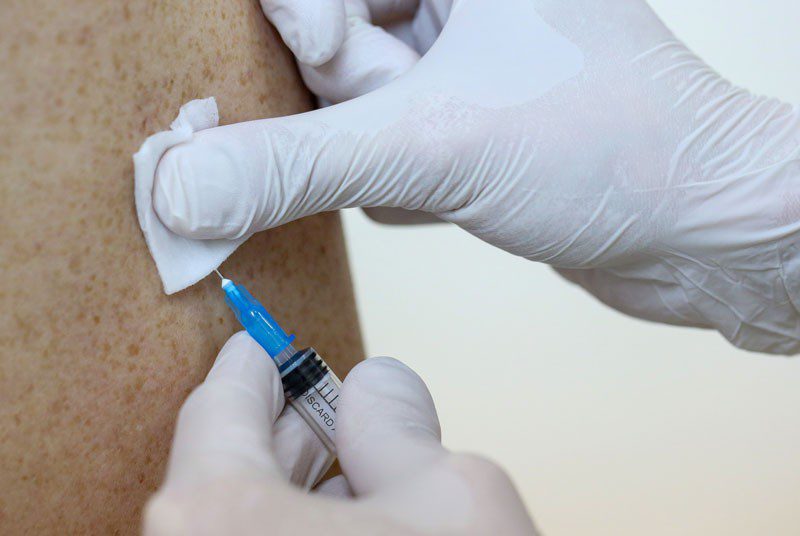 A team of scientists at the Imperial College London deliberately infected more than three-dozen healthy adults with SARS-CoV-2, the virus that causes Covid-19, to see how the infection works in the human body and makes people sick.

In the first human Covid challenge model, described in the journal 'Nature Medicine', 36 volunteers aged 18-29 years without evidence of previous infection or vaccination were intranasally inoculated with tiny amounts of wild-type virus, about 10 microns — the amount in a single droplet someone sneezes or coughs.

After inoculation, the participants were housed in a high-containment quarantine unit, with 24-hour close medical monitoring and full access to higher-level clinical care.

"With detailed characterisation and safety analysis of this first SARS-CoV-2 human challenge study in young adults, viral kinetics over the course of primary infection with SARS-CoV-2 were established, with implications for public health recommendations and strategies to affect SARS-CoV-2 transmission," Christopher Chiu, from Imperial's Department of Infectious Disease, wrote in the paper.

The findings revealed that 18 participants (about 53 per cent) became infected, and viral loads rose rapidly, after an incubation period of less than 2 days.

The virus was first detected in the throat but rose to significantly higher levels in the nose. And it was recoverable from the nose up to about 10 days after inoculation, on average, confirming the importance of Covid appropriate behaviour such as wearing masks.

Symptoms were present in 89 per cent of infected individuals but, despite high viral loads, were consistently mild to moderate, transient and predominantly confined to the upper respiratory tract.

Mild-to-moderate symptoms were reported by 16 (89 per cent) infected participants, beginning 2-4 days after inoculation, whereas two participants (11 per cent) remained asymptomatic.

Pre-emptive Remdesivir was administered to the first six infected participants to prevent their risk of severe disease. The team also had monoclonal antibodies in case anyone took a turn for the worse. The Remdesivir proved unnecessary, and researchers never had to give anyone antibodies as there were no serious adverse events.

"The data clearly show that SARS-CoV-2 viral shedding occurs at high levels irrespective of symptom severity, thus explaining the high transmissibility of this infection and emphasising that symptom severity cannot be considered a surrogate for transmission risk in this disease," said Chiu, an infectious disease physician and immunologist at Imperial.

Challenge studies can be controversial because they involve intentionally giving someone a virus or other pathogen in order to study its effects on the human body.

Even with safeguards in place, there's an element of risk, particularly when studying a new virus. But they are also hugely valuable for understanding the course of an infection, the CNN reported.

"Really, there's no other type of study where you can do that, because normally, patients only come to your attention if they have developed symptoms, and so you miss all of those preceding days when the infection is brewing," Chiu was quoted as saying.