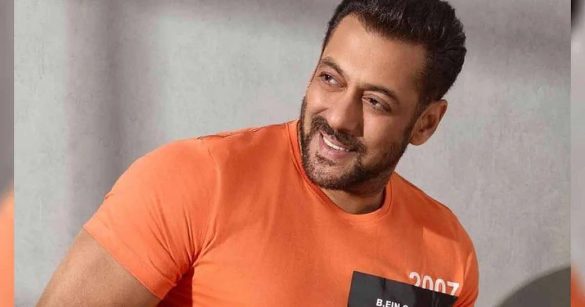 A few days ago, it was reported that Kabhi Eid Kabhi Diwali’s producer Sajid Nadiadwala had bowed out of the project for a variety of reasons and that Salman Khan had stepped in to take over the production of the movie under his banner, ‘Salman Khan Films’.

It was also reported that the title of the movie was changed to ‘Bhaaijaan’ after Salman Khan turned producer for the film.

Sajid had even started constructing a set for the film in Film City Goregaon, Mumbai, which had to be dismantled as Salman Khan directed his team to put up a set on the outskirts of the city of Mumbai.

Sources close to the ‘Bajrangi Bhaijaan’ actor say that Salman is indeed going to be directing a movie very soon. A close producer friend of the actor said, “Who do you think directs most of the films that he has done in the last 4-5 years? Not a single frame goes into the end product without Bhai’s consent. He has been sitting on the editing of every single frame of his films for a long time now.”

Speaking about this, a source drew attention to Sanjay Leela Bhansali’s aborted movie project ‘Inshallah’ and said that it was Salman Khan’s “direct the director” mode is one of the reasons for the rift between the superstar actor and ace director.

So, all eyes are on Salman Khan and the speculation is – will he continue being a ghost director or come out of the shadow and claim the director’s chair?