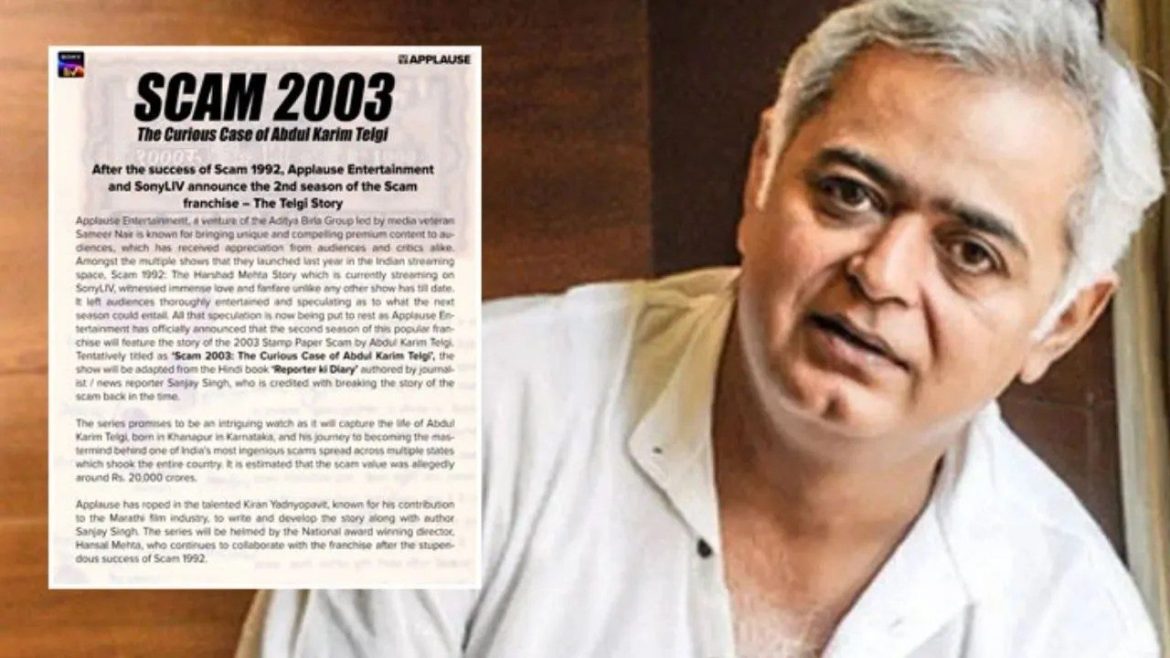 Filmmaker Hansal Mehta announced on Wednesday, April 27, that he has started production for season 2 of his ‘Scam’ series which is said to focus on the 2003 Stamp Paper fraud by Abdul Karim Telgi.

This second season is a follow up to the massively popular 2020 series – ‘Scam 1992: The Harshad Mehta Story’. It was based on a Hindi book penned by a journalist Sanjay Singh, titled, ‘Reporter Ki Diary’. The said journalist was the one credited with breaking the story of Harshad Mehta’s scam to the general public.

Hansal Mehta took to his Instagram to share a picture of the set’s clapboard. He tagged the show’s producer Sameer Nair as well as the casting director Mukesh Chhabra and also included writers Kiran Yadnyopavit and Karan Vyas in the post.

Tushar Hiranandani’s previous work was ‘Saand Ki Aankh’.  Hansal Mehta will be the showrunner for ‘Scam 2003’ and the series is being produced by StudioNEXT in collaboration with Applause Entertainment.

The creators of the show announced the making of it in 2021 and the story will follow the life of Telgi, who was born in Karnataka. As per the makers of the show, it will trace “Telgi’s journey to becoming the mastermind behind one of India's most ingenious scams spread across multiple states that shook the entire country."

Mehta has not announced the cast members of the show as yet. Besides, ‘Scam 2003’, Hansal Mehta is also directing a Netflix original character drama called ‘Scoop’.