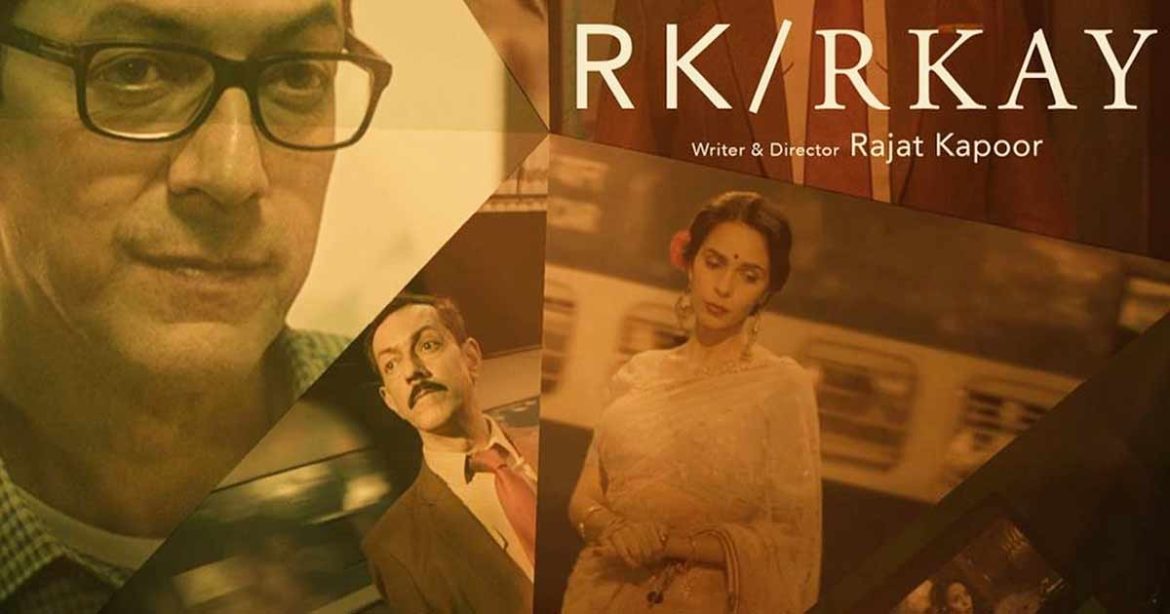 While the debate surrounding the future of event films and independent films continues to spiral and evolve with new factors adding their influence, this week's box-office will see two films from respective territories of tent poles and indie space dropping down on big screens.

Father-to-be Ranbir Kapoor has returned to the big screen four years after 'Sanju' with YRF's big budgeted period film 'Shamshera' where he essays a double role.

The other film that has taken the brave onus to square off against 'Shamshera' is the Rajat Kapoor directorial 'RK/Rkay' which incidentally also has Rajat playing the double role – that of a film director RK and the protagonist of RK's film – Mehboob Alam.

Kapoor has returned to direction 2 years after his last film 'Kadakh'. This time, he delves into the world of cinema and brings the story which is not just a food for thought but also entertaining in many ways.

'RK/Rkay' tells the story of a film's protagonist who goes missing from the film's negatives and permeates into the real world through a porous membrane between the reel and real world.

Who we really are? Does free will really exist? Or is it a simulation being fed to us by a higher authority operating from a different dimension? 'RK/Rkay' attempts to solve this conundrum with its sleek narrative of 95 minutes.

The film opens with a background score weaved from French horn, pizzicato and clarinet as a tuxedo clad Rajat tries to find himself through different doors.

Mehboob Alam (played by Rajat Kapoor) – the plum coloured tuxedo clad protagonist of RK's film transcends to the normal world where he lives, eats, breathes, prepares food, pretty much everything thereby leaving his own world behind.

He is exactly like RK, only with lots of charm and likeability, something which trickles down from RK's ink – every writer always wants their characters to be charming and likeable, don't they? Initially perplexed as to what is going on around him, Alam soon becomes acclimatised to his surroundings and eventually proves to be a better version of RK.

RK, on the other hand, is frustrated, for the ending of his film has now been thrown out of gear as Mehboob refuses to return to the universe of the film – a dimension where he belongs. To add to that, people connected with RK soon start finding Mehboob better.

However intellectual his line of cinema is, Rajat never fails to entertain the audience. The subtle use of perfectly timed humour shines through in 'RK/Rkay' as well.

The film also boasts of a powerful cast in the form of Manu Rishi Chadha, Ranvir Shorey, Chandrachoor Rai – three of Kapoor's dear friends and two entrants – Mallika Sherawat and Kubbra Sait. The performances from the cast complement the writing and direction and there's never a dull moment in a film which touches upon a philosophical nerve.

The other superstars are the film's production designer Meenal Agarwal and the director of photography Rafey Mehmood. Since RK's film is set in the era of 60s, it's a no-brainer that the production design had a major role to play and Meenal doesn't disappoint, she has designed a world so perfect that scatters a million shades under the magical lens of Rafey Mehmood.

Another highlight (pun intended) of the film is the way it has been lit, full marks to the gaffer for putting up such a good show with light that brings to life the stark contrast between the RK and Mehboob.

While Mehboob bathes in the warm spotlight, RK is shown in cool light temperatures for a generous part of the film's length, something which 'reflects' in the choice of cool coloured clothing for RK's character as well.

Overall, 'RK/Rkay' is a delight for cinema lovers.