‘The Great Weddings of Munnes’ is the bridge between TV and digital (IANS Rating: **) 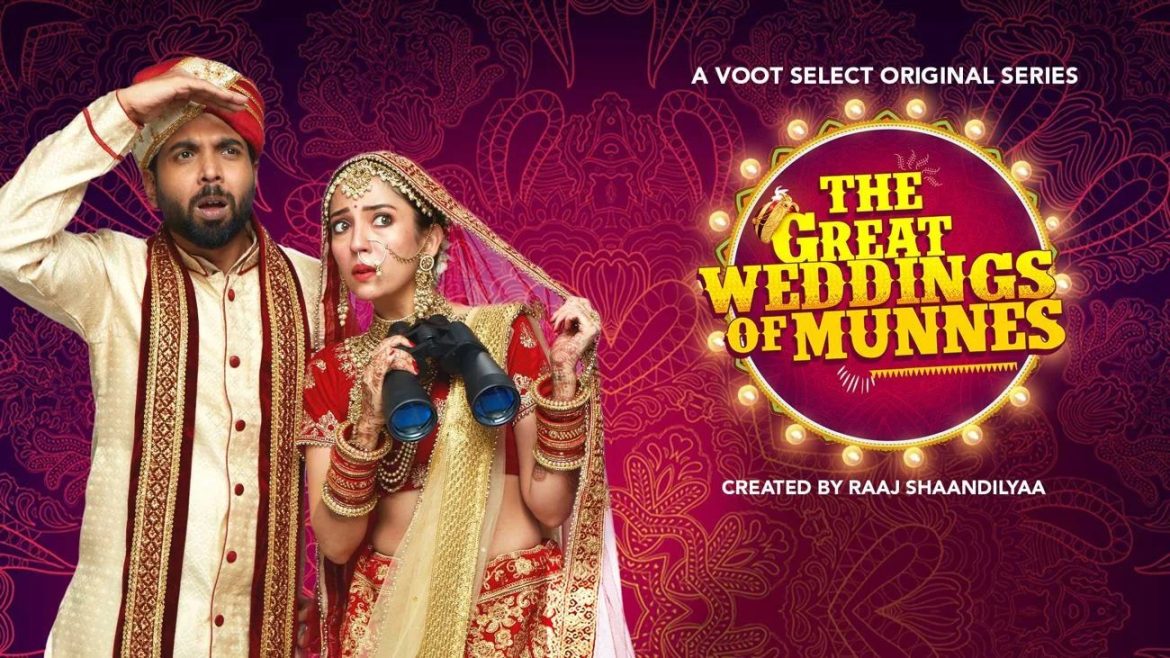 The Indian digital content is past its nascent stage. Unlike its initial years, more players have stepped into the game, with new platforms coming into play and the existing ones – some registering steady growth while others struggling to hold the fort, squaring off by devising new content strategies.

The recently released web series 'The Great Weddings of Munnes' which is available to stream on Voot select, stars the digital sweetheart – actor and casting director Abhishek Banerjee, and actress Barkha Singh as the leads. It is an interesting show considering the audience that it wishes to cater to. The series has the potential to pull the audience from the TV segment as the small town elements and the narrative set up seems to be fairly similar to that of TV content.

In a way, 'The Great Weddings of Munnes' can be termed as the bridge between TV and digital. Showcreator Raaj Shaandilyaa having worked extensively in the TV industry put together with the digital faces of Abhishek and Barkha in the show, only cements the belief.

The premise of the show is simple – Abhishek's titular character of Munnes, who works in the marriage registration office, is rejected by every single girl for arranged marriage as he is not a very good looking guy. The show shows no mercy towards its lead character, the initial 2 minutes are all about bashing Munnes as he can't find a suitable girl for himself rather no girl wants to settle for him.

The voice-over continues to degrade Munnes in order to generate empathy within the audience until a girl named Mahi (played by Barkha) walks into his office and falls for him after he vents out over the lacklustre attitude of his colleagues working in a government office. The show travels at a pace which can put even the Tom Hanks piloted aircrafts from 'Top Gun: Maverick' to shame.

The love, confession, marriage proposal and preparations all happen in the first episode itself. In a classic melodramatic Bollywood "Ye shaadi nahi ho sakti" trope, Munnes and Mahi's adorable love story is struck by Mahi's family astrologer, reminiscent of 'Lage Raho Munna Bhai' as he advises against the marriage. What follows is Munne's fight to bring Mahi back in his life.

What works in the show's favour is its small town setting and Abhishek's performance. A former member of Kirori Mal College's famous dramatics society – 'Players', Abhishek proves that he is an accomplished actor as much as he is one of the most sought after casting directors. For every Hathoda Tyagi up his sleeve, he has Janaa (Stree, 2018) and Munnes hiding in plain sight. The man and his dialogue delivery are a delight to watch on screen.

However, Barkha Singh's performance doesn't seem to be as natural as Abhishek's as there's a visible contrast between the two in most instances. But the two still somehow manage to salvage their on-screen chemistry.

The show's production design has been handled well. Although a few things in the frames come across as force fed from a digital content consumer's point of view, they will sit well with the television audience who are habitual to oversimplification and spoon-feeding.

What works negatively for the show is the VFX – the sequences involving riots (yes, there are riots in a love story, purely intended to reap laughter) and fire have been poorly executed. The music and background score offer nothing new and follow the set commercial pattern of regular instruments and orchestration.

Overall, the rom-com show rests heavily on the cast's performances and they don't fail to deliver. 'The Great Weddings of Munnes' is a good attempt and quite a good balancing act between the audience base of two different mediums.