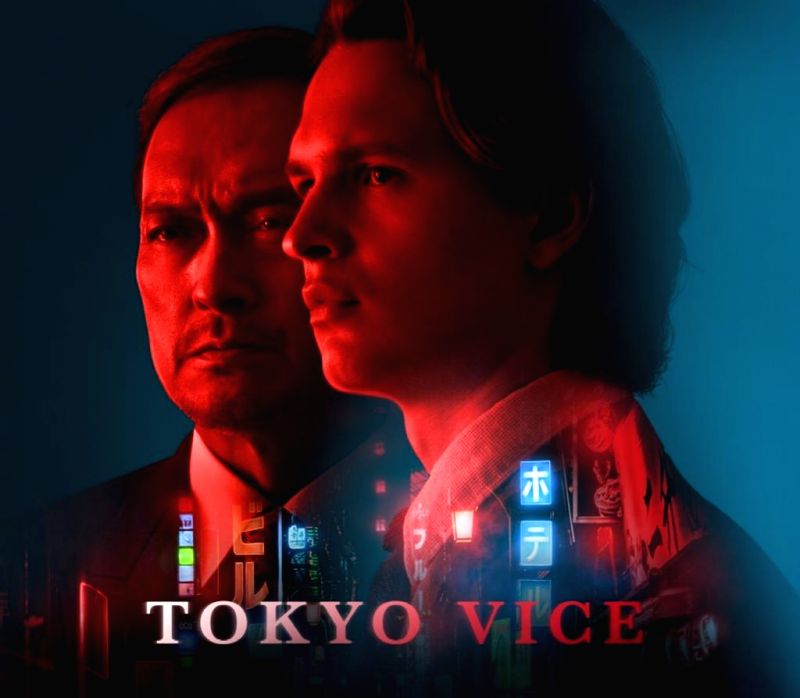 IANS Rating: ***1/2'Tokyo Vice' is an engaging crime drama based on the memoir, 'Tokyo Vice: An American Reporter on the Police Beat in Japan' by Jake Adelstein.

This seven-episode, non-fiction, first-hand account gives us an insight into the underbelly of Tokyo in the late 1990s.

Set in Tokyo, Japan, the narrative follows Jake (Ansel Elgort), an idealistic and aspiring journalist from the US who is fascinated with Japan. Equipped with youthful energy, passion, and excellent Japanese, he makes Tokyo his home, where he lands a job as a crime reporter at 'Meicho Shimbu', Tokyo's best and largest newspaper after nearly acing their entrance exam.

In the newsroom, he works under the watchful eyes of Eimi (Rinko Kikuchi), his editor-in-chief. His writing is scrutinised for the stand he takes, and he is even told, "You are not here to think, but follow the rules there is no murder in Japan."

Believing the latter statement to be a fallacy, Jake tries investigating the deaths that occur, and quickly discovers there is a common thread that links the public suicides that have been taking place of late.

During the course of his work, building relationships with both the police and the yakuza, the Japanese mafia, he connects with Samantha (Rachel Keller)- a beautiful and savvy American expatriate working as a hostess in a club, and detective Hiroto Katagiri (Ken Watanabe) of the Tokyo Police, who treats him like a "son" and guides him, how to go about the shadowy, and subtle lines of law and how to interact in the mob-ridden capital. Both offer him an insider's view of how things operate in Japan and caution him to report judiciously.

Through Samantha, Jake befriends Sato (Show Kasamatsu), a young yakuza (mafia) who has an open-hearted sense of humour and is in love with the band Backstreet Boys. Sato provides Jake access that most reporters could never even dream of.

Everything Jake wrote about had consequences; thus, the series is taut and highly dramatized, moving at its own pace. Episodes one to four flow seamlessly. It is only the fifth episode, which begins in a flashback mode, that breaks the momentum of the narrative while trying to build an emotional track to Samantha's tale.

On the performance front, every character is pitch-perfect, delivering their best. Ansel Elgort is charming with his constrained demeanour and weird sense of humour. Much of the payoffs in the show are about how he connects and relates with other characters, pulling the plot in new and unexpected directions.

There are no tense, nail-biting moments, but the series has its own charm with gory action sequences, long takes, and deliberate wordless moments of looking, testing, and weighing the moments.

Also, the period is well-captured with computers and handphone instruments that were prevalent in the era. The dialogues switch from English to Japanese effortlessly and the experience is immersive.

Overall, the series is stylishly mounted and enjoyable.

Enola Holmes to arrive on Nov...