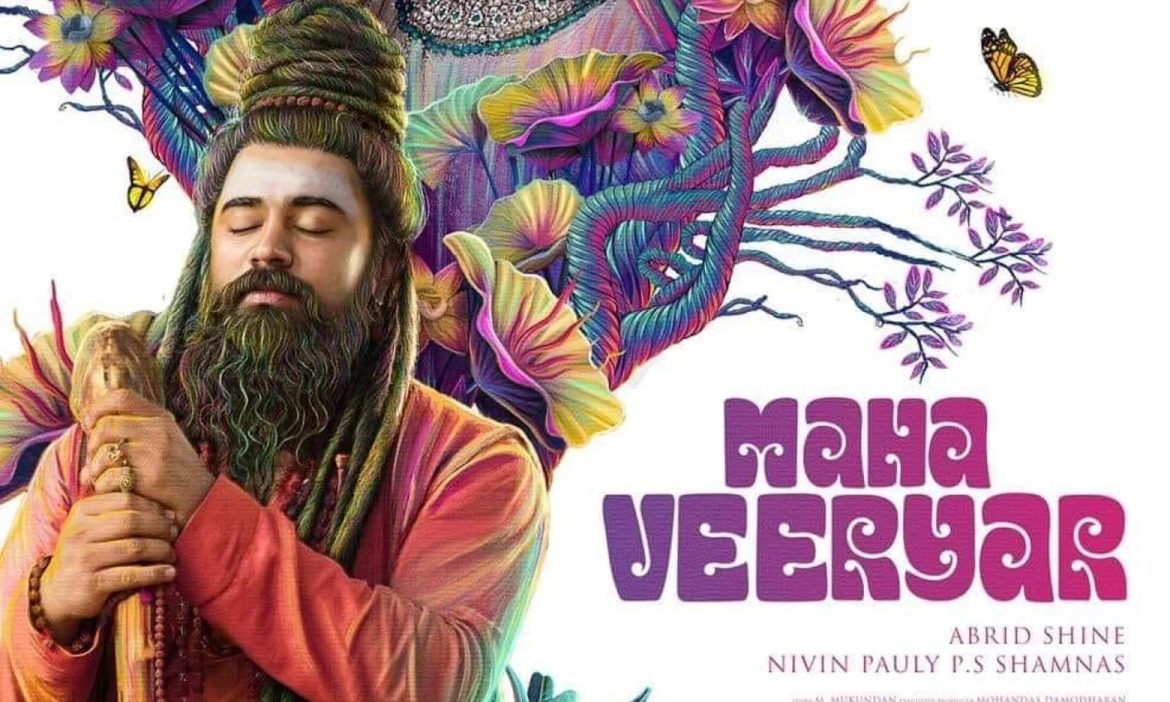 Director Abrid Shine breaks conventions to narrate a new kind of story which, on the one hand, sounds a little bizarre, but on the other appears fascinatingly wonderful. He combines two tales happening in two different points in time to drive across quite a few noteworthy messages.

The first story happens in the kingdom ruled by Rudra Mahaveera Ugrasena Maharaja (Lal). The king has a peculiar problem. He has hiccups that don't stop despite a number of physicians trying to cure him of the problem. At one point, he turns to his trusted lieutenant Veerabhadran (Asif Ali) and asks him to get him a maiden of matchless beauty with a soul as pure as that of a Tulasi.

Veerabhadran rides far and wide to find such a girl for the king, who by the way has over 2,000 wives already. After searching at several places, he finally comes across Devyani (Shanvi Srivastava), a poor maiden living with her dad, and carries her back to the king, much against her father and her wishes.

The other story is set in the present day and age. One morning, a sage called Apoornnananthan is seen seated outside a Hanuman temple. A few minutes later, the priest of the temple cries that the statue of the presiding deity has gone missing.

The statue is found next to the sage, who is accused of stealing it. He is promptly arrested and hauled to the court where he defends his case all by himself. How he defends himself in court and what he does in the process are what that make the film interesting.

Although a part of the film appears to be rooted in reality, it is actually a fantasy film. By cleverly presenting two stories that appear to be different and eventually combining them to actually emphasise some strong ideas, the director makes a number of significant points.

Some of the points he makes are substantial. For instance, he makes the point that people are full of assumptions and perceptions and are quick to jump to conclusions based on these factors.

Shine Abrid, through his film's climax, also strongly drives home the idea that a conditioned mind can only look at conventional solutions but an unconditioned one can actually find other unexplored but more acceptable and reasonable solutions.

Disclosing any more detail would kill the joy of watching the film and therefore, we will stop here. Full marks to Abrid Shine and Nivin Pauly for even contemplating something like this.

Nivin Pauly, who plays sage Apoornnananthan, showcases a side he's never disclosed before. He plays this role with panache and grace. Shanvi Srivastava comes up with a sensational performance as Devyani. She is simply outstanding in the scene in which she is expected to cry but has no tears to offer.

Chandru Selvaraj's visuals are a delight to watch. The lighting in particular is simply sensational. In fact, the first scene of the film appears to be like a painting.

In all, 'Mahaveeryar' may not be your regular entertainer, but it provides entertainment that is more meaningful and insightful.