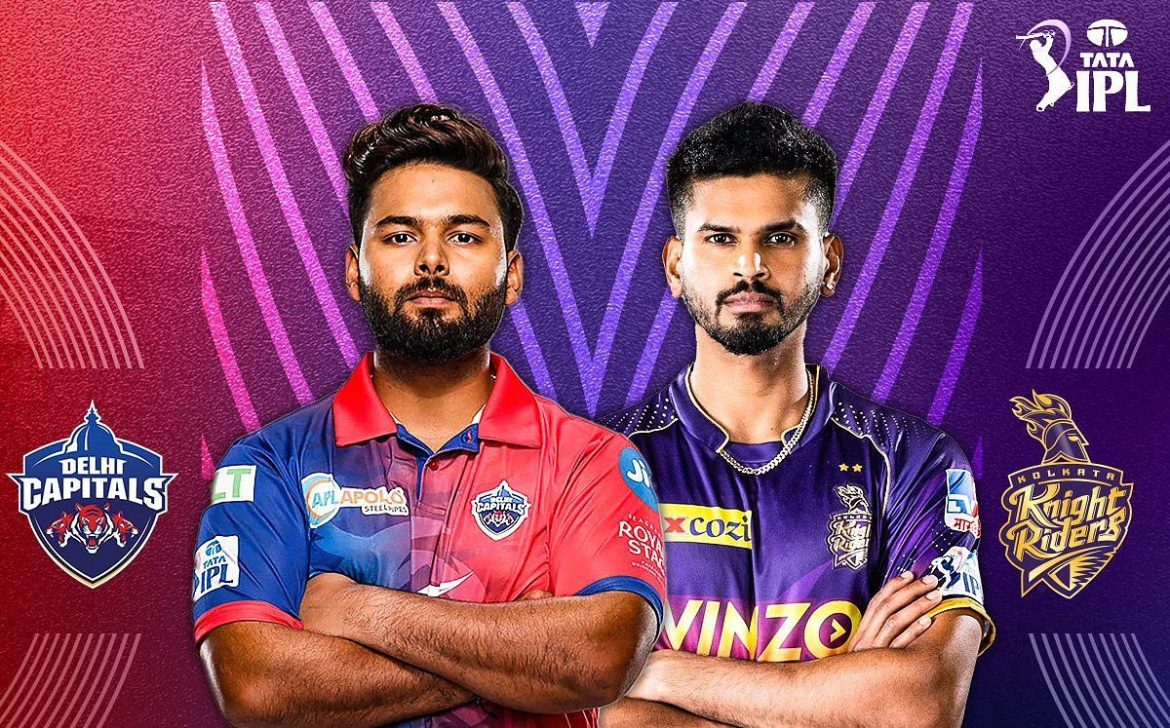 Delhi Capitals' skipper Rishabh Pant won the toss and elected to bowl first against Kolkata Knight Riders in Match 41 of the IPL 2022 at the Wankhede Stadium here on Thursday.

Pant said the reason he chose to bowl first was that the wicket looked slightly drier and considering the conditions, the dew will come into play.

"I think the wicket is slightly on the drier side and dew will come in, in the second half. Our strength has been backing each other and sticking together," he said at the toss.

Delhi have made two changes to the side, bringing in Mitchell Marsh and Chetan Sakaria in place of Khaleel Ahmad and Sarfaraz Khan.

Pant said Marsh is out of quarantine after testing positive for Covid-19 while Khaleel had pulled his hamstring in the last match.

KKR skipper Shreyas Iyer said he, too, would have bowled first. "I would have looked to bowl as well if I had won the toss. I'm thankful as well because the dew factor has gone out of play. I feel that players have to stand up for themselves," he said.

KKR made three changes, bringing in Aaron Finch while Harshit Rana and Baba Indrajith will be making their IPL debut for the Kolkata franchise. The three came in for Varun Chakravarthy, Shivam Mavi and Sam Billings.

It doesn’t sit comfortably with me:...