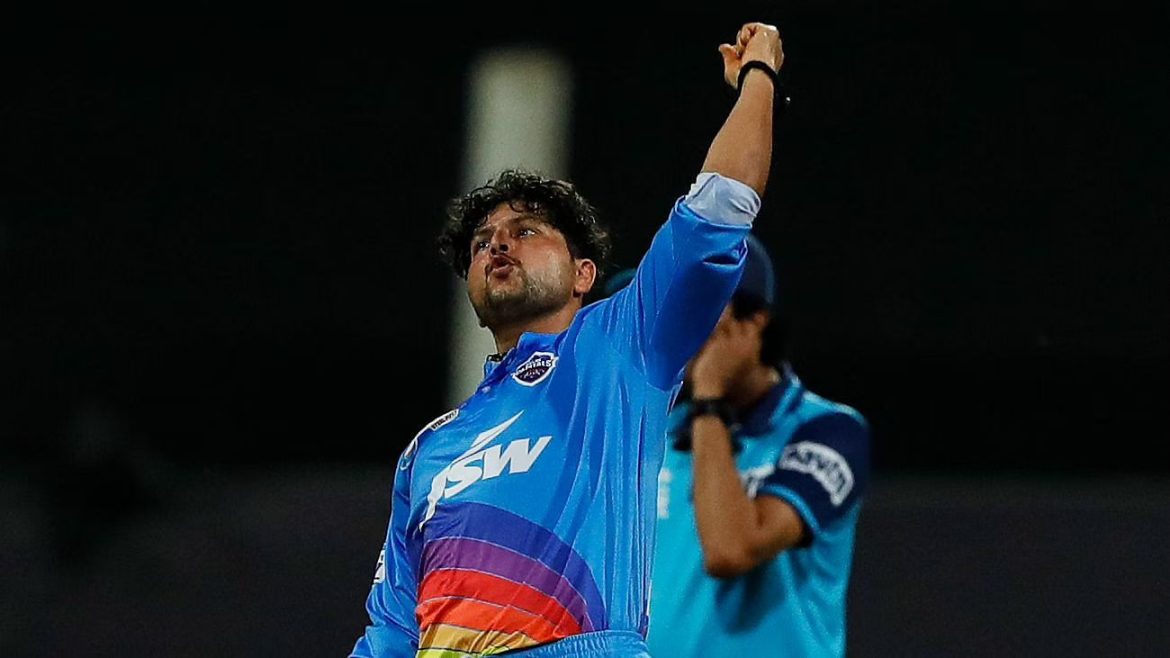 After the super bowling by Kuldeep Yadav (4/14) and Mustafizur Rahman (3/18), David Warner and Rovman Powell played remarkable knocks to help Delhi Capitals beat Kolkata Knight Riders by four wickets in Match 41 of the IPL 2022, at the Wankhede Stadium here on Thursday.

Kuldeep Yadav looked at his brilliant best against his old franchise and bowled like he had something to prove. He sent back KKR skipper Shreyas Iyer (42), Baba Indrajith (6), Sunil Narine (0) and Andre Russell (0) to finish with 4/14, breaking the back of KKR batting. It was a pity that he did not get to bowl his fourth over or could have completed a fifer.

Mustafizur claimed three wickets in the 20th over, sending back Nitish Rana, Tim Southee and Rinku Singh — Rana and Southee off successive balls.

Chasing the target, Delhi reached 150/6 in 19 overs thanks to vital knocks by David Warner (42 off 28) and Rovman Powell (33 not out off 16), winning the match with six deliveries to spare,

Rishabh Pant's team got off to a worst-possible start as Prithvi Shaw was out for a first-ball duck in the first over, caught and bowled by Umesh Yadav. Mitchell Marsh was out for 13 runs off seven balls, becoming Harshit Rana's first IPL victim, holing out to backward square leg.

David Warner (42) and Lalit Yadav (22) raised 65 runs for the third wicket before the Aussie was out, trying to negotiate a difficult bouncer on the middle by Umesh Yadav and holing out to Sunil Narine just two yards inside the rope. Though the other batters were struggling, Warner looked in control, hitting Tim Southee to two boundaries in the 4th over and two boundaries off successive deliveries by Nitish Rana in the ninth over.

Delhi lost their way a bit after that as Lalit Yadav and skipper Pant fell in quick succession but Axar Patel kept them in the hunt as he blasted a 17-ball 24 to take them to 36 off 30 deliveries at one stage. Patel was run-out at a crucial juncture, caught short going for a second run as Shreyas Iyer made a brilliant throw running in from the boundary.

But Rovman Powell saw them through in the end, hitting a 16-ball 33 to help them record their fourth win and move to eight points. KKR remained in the eighth position with six points from nine matches. Delhi with eight points are placed in sixth position.