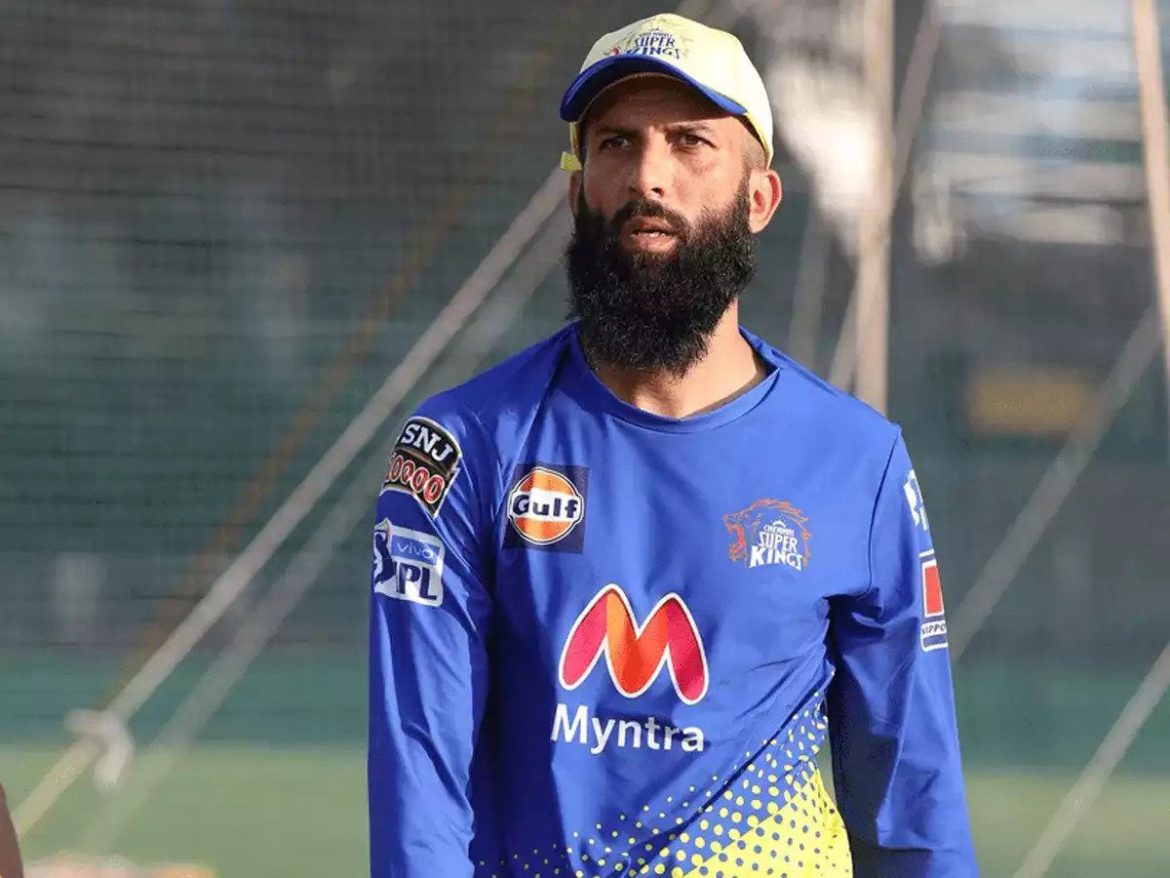 England cricketer Moeen Ali is likely to miss the opening match for Chennai Super Kings, who will play the IPL 2022 opener against Kolkata Knight Riders on Saturday.

The 34-year old Ali, who was retained by CSK for Rs 8 crore, hasn’t joined the four-time champions for the upcoming IPL season. The all-rounder is stranded in the UK after failing to secure the visa necessary to travel to India for the IPL.

It has been learned that Moeen would need to arrive in Mumbai by Wednesday to stand a chance of playing his team’s first match against 2021 runners-up Knight Riders, an ESPNcricinfo report said.

Upon arrival in India, Moeen would need to undergo the mandatory three-day quarantine to enter the IPL bio-secure environment. So, Super Kings’ management has accepted that the chances of him playing the opening match appear remote.

If the left-hander fails to make it, CSK could hand an IPL debut to New Zealand batter Devon Conway and pair him up with Ruturaj Gaikwad and Robin Uthappa in the top order. However, the MS Dhoni-led side will likely feel the pinch in their first match, considering Moeen’s off-spin would have been handy against Knight Riders’ trio of left-handers: Venkatesh Iyer, Nitish Rana and Sunil Narine.

Notably, Moeen played a key role in the side winning their fourth IPL title last year. He was the third-highest scorer for Super Kings in 2021, hitting 357 runs in 15 innings at an average of 25.50 and strike rate of 137.30.

Meanwhile, another stylish batter Suryakumar Yadav is also set to miss Mumbai Indians’ opening match of the IPL 2022, which will be against Delhi Capitals on March 27.

The 31-year-old, who picked up a hairline fracture on his thumb on February 22 in the final match of the T20 series against West Indies, is yet to be released by the National Cricket Academy in Bengaluru, where he has been in rehab for the past few weeks.

Suryakumar’s absence will be a significant loss for Mumbai, who have no other specialist Indian international in their batting order apart from captain Rohit Sharma and the biggest buy of the mega auction Ishan Kishan.

Since 2019, the talented batter has played a pivotal role as a top-order batter for Mumbai. While the five-time champions failed to make the knockouts last season, Suryakumar continued to flourish. He was their second-leading run-scorer with a tally of 317 at a strike rate of 143.43 and an average of 22.

Mumbai will likely be forced to consider the pair of cousins — Ramandeep Singh and Anmolpreet Singh — to replace Suryakumar while he is unavailable. On the other hand, uncapped Hyderabad batter Tilak Varma is favourite to play at No 3.