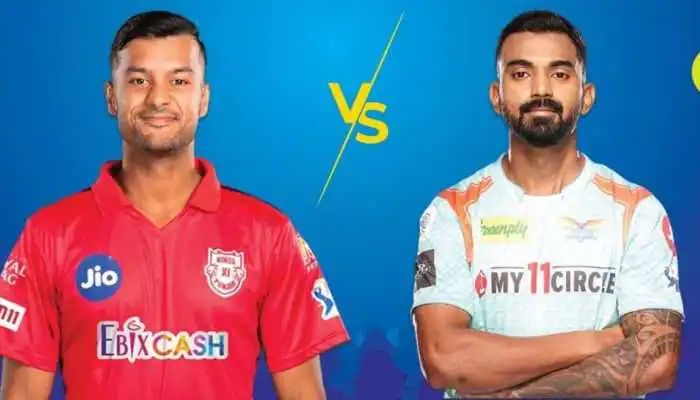 Punjab Kings skipper Mayank Agarwal has won the toss and elected to bowl first against Lucknow Super Giants in match 42 of IPL 2022 at the MCA Stadium here on Friday.

This is also the first time Lucknow skipper K.L Rahul will be facing his former franchise in the ongoing tournament after the right-handed opener left Punjab in the run-up to the mega auction.

After winning the toss for just the second time in the tournament, Agarwal stated that his eleven is unchanged from their 11-run win over Chennai Super Kings. "We'd like to know what total to chase. There is very less dew here. The guys are quite flexible. It's going to be a terrific challenge."

Rahul revealed that pacer Avesh Khan has recovered from a niggle that kept him out of the 36-run win against Mumbai Indians and replaces right-handed batter Manish Pandey in the playing eleven. "It's a high boundary-scoring ground, good to have an extra bowling option (in Avesh). It'll be a good opportunity for Jason (Holder) to bat at seven."

Rahul further said that Lucknow will have to do smart work with the chase, especially with no Pandey, a specialist batter, in the playing eleven. "When dew is not around, it's quite an even game. I have played here before, we'll have to bat smartly. Another opportunity for us to get two points."