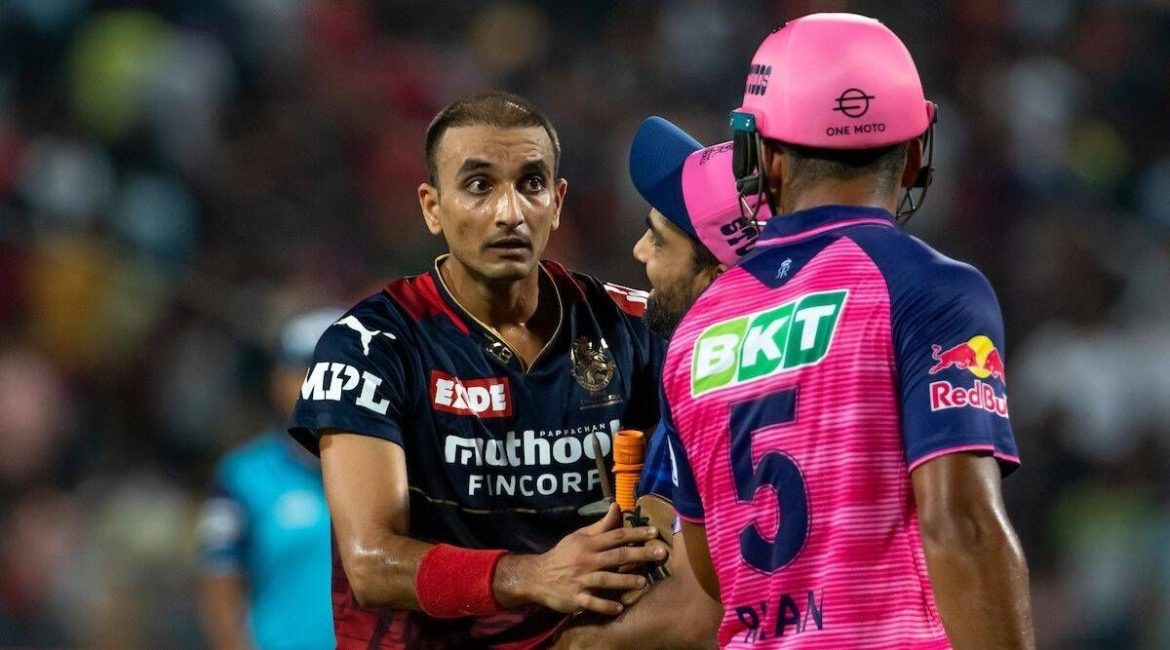 An altercation between Rajasthan Royals' batter Riyan Parag and Royal Challengers Bangalore all-rounder Harshal Patel became the talking point as the two teams squared off in an IPL 2022 match at the Maharashtra Cricket Association (MCA) Ground here on Tuesday.

Batting first Rajasthan Royals scored 144/8 in 20 overs with Parag scoring an unbeaten 56 off 31 balls, laced with three fours and four sixes, that lifted a struggling Rajasthan Royals to a decent total.

Parag produced some eye-catchy shots, like whipping Shahbaz Ahmed over a six at long-on, followed by a four in the 11th over to hammering Josh Hazlewood flat over extra cover for six in the 19th over. He tore into Harshal Patel in the final over, heaving through deep square leg for four followed by a soaring six over extra cover to raise his second IPL fifty in 29 balls.

Parag finished off the innings by muscling a pull over deep mid-wicket to get his best-ever score in IPL. The 18-run final over was a rare blip in a flawless bowling performance from Bangalore, with Hazlewood, Mohammed Siraj and Wanindu Hasaranga picking two wickets each.

However, as he walked off the ground at the end of the innings, he had a heated exchange of words with Harshal Patel and the players from both sides had to intervene to stop them from getting physical.

According to a video that went viral on social media, Parag, who was walking off the ground, stopped and said something as if in response to something said by someone, not in the frame.

As he is pulled away, Harshal Patel comes into the frame and starts shouting even as a Rajasthan Royals support staff intervenes and stops Patel from walking aggressively towards Parag.

It is not known what was the cause for the altercation but Parag had blasted 18 runs off the 20th over bowled by Harshal, hitting two sixes and a four.

Some other players of the teams also exchanged words as the players left the field.