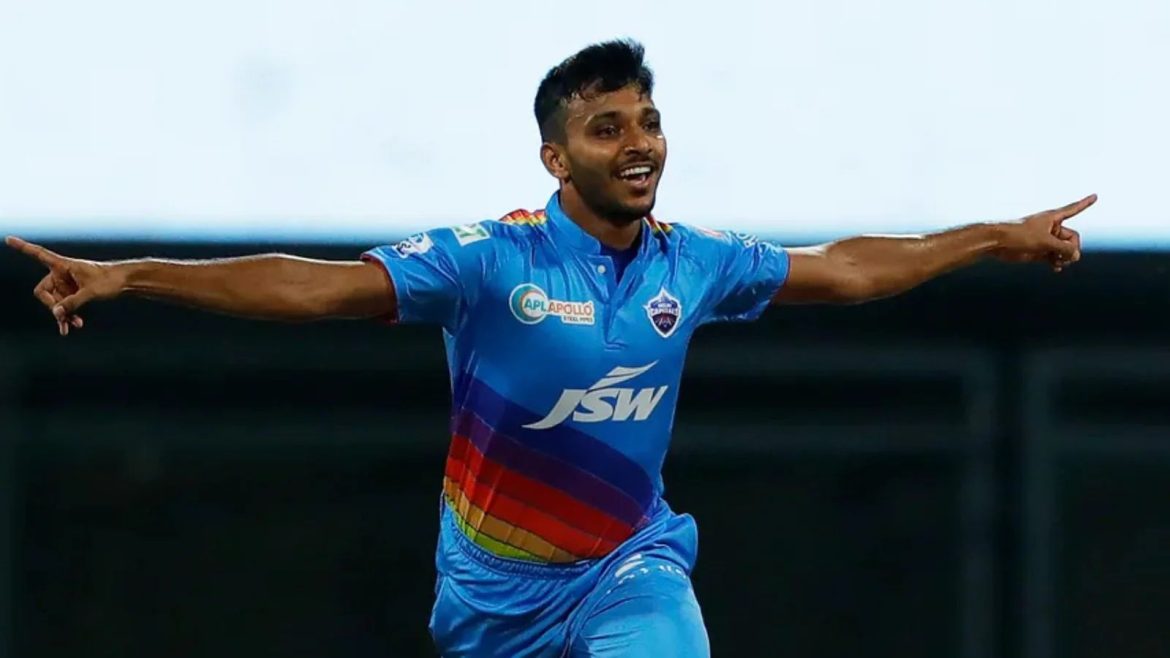 Sakariya, who came into the playing eleven in place of an injured fellow left-arm seamer Khaleel Ahmed and made his debut for the franchise in the IPL, forced Finch to inside-edge to his pad on the first ball of the second over.

The Australia white-ball skipper slogged but was lucky to survive as Rovman Powell dropped the catch at deep square leg. On the third ball, Sakariya took out Finch with an inswinger when the right-handed batter tried to slog across the line but saw his off-stump rattled.

"It's good to have guys like him. We've got some depth. Chetan didn't miss a beat and executed exactly what he said he we was going to execute. It was a big wicket and I think one of the most pleasing things about that is the way he got him (Aaron Finch) out. That was the exact way he planned to get him out, and he executed the plan to the T," said Hopes in a release by the franchise.

Finch's early fall along with his partner Venkatesh Iyer paved the way for Delhi's bowlers to make inroads into Kolkata's batting order, restricting them to 146/9 in their 20 overs. In reply, led by David Warner's 42 and Rovman Powell's unbeaten 33, Delhi wrapped up the chase in 19 overs and moved to sixth place in the points table.

Asked to reflect on the bowling performance where left-arm wrist-spinner Kuldeep Yadav was the standout with 4/14, Hopes remarked, "Really pleased for them (bowlers) because they had a tough outing in the last game here (against Rajasthan). We were fortunate to have a five-day gap. We did some regrouping and some thinking."

Hopes revealed that the bowling group was frank about how they wanted to bowl against Kolkata after a 15-run loss to Rajasthan Royals.

"To be honest, we had a couple of pretty good meetings, where our bowlers were upfront about where they want to go about their bowling. We executed most overs in the game. Made the chase a little bit harder than it shouldn't have been, but that's what T20 cricket is."

Delhi's next match in IPL 2022 will be against Lucknow Super Giants at the Wankhede Stadium on Sunday afternoon.