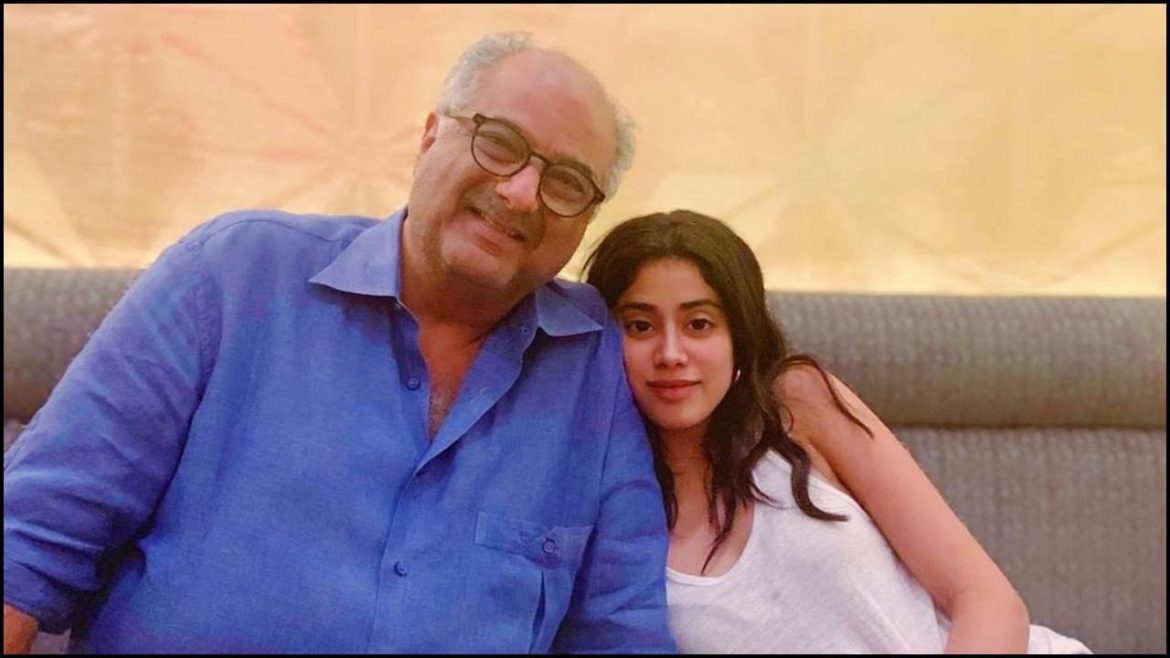 Janhvi Kapoor finally broke out of her shell and presented a much bolder, sassier version of herself in ‘Koffee With Karan 7’ when she shared the couch with bestie Sara Ali Khan.

As part of her promotions, she gave an interview to Siddharth Kannan and for some reason again, the topic of marriage was discussed.

When asked about her hypothetical future wedding and what her father and other family say about it, Janhvi made a very surprising and interesting revelation.

For the unversed, as was mentioned in the ‘Koffee With Karan’ episode, both Janhvi and Khushi have been brought up by their parents Boney Kapoor and the late Sridevi very protectively and somewhat conservatively.

Janhvi has revealed in the past about how protective her father is about her and her younger sister Khushi and when she spoke about her future wedding, she shared that her father, Boney Kapoor apparently only had one major condition for the potential groom.

She said, “Papa has this thing. He doesn't care anything else; he was just like 'He should just be as tall as me' and papa is 6'1”.”

She then went on to add, “As a kid, he used to tell me and Khushi – before you get married, I want to make sure that you can go and tell your husband that my father has made me travel all around the world before I even got married to you. He didn't want to leave any stone unturned. But now I realise that he did that because he wanted to make sure that the person that we marry lives up to how giving he's been with me and Khushi.”

While it is a conservative and cliched comment, it comes from the protective and loving space that fathers have for their children, especially daughters.

Janhvi’s upcoming film, ‘Good Luck Jerry’ is the Hindi adaptation of Nayanthara starrer Tamil movie, ‘Kolamaavu Kokila’. The Hindi version has been directed by Sidharth Sengupta and it is a black comedy that also stars Mita Vashisht, Deepak Dobriyal, Neeraj Sood and others. It drops on Disney+ Hotstar tomorrow, i.e., July 29, 2022.

Janhvi Kapoor also as ‘Mr and Mrs Mahi’ with Rajkummar Rao and ‘Bawaal’ with Varun Dhawan in the pipeline.