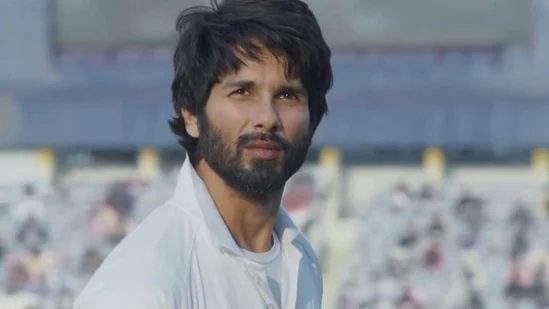 Shahid Kapoor, Mrunal Thakur starrer, ‘Jersey’ has been postponed yet again. The movie has seen countless delays on its way to the big screen, however, this time, the delay is not much. The makers have decided to postpone the release of the movie by one week and instead of April 14, the movie will release the next Friday, April 22.

It seems like a wise move as the movie has been in the making for a long time and it is the Hindi remake of a blockbuster, national award-winning Telugu movie of the same name.

The expectations from the makers and the actors are high for the film, but the April 14 release date meant that ‘Jersey’ will be competing with Yash’s most awaited ‘KGF: Chapter 2’ as well as Vijay’s ‘Beast’/’Raw’, both being released this week on April 14 and April 13 respectively,

Speaking about the postponement, producer of ‘Jersey’ Aman Gill said, “As a team, we have put our blood sweat and tears into ‘Jersey’ and would like our beloved film to reach all of you in the widest possible way. Jersey will now release on 22nd April.”

Meanwhile Shahid Kapoor and Mrunal Thakur are on a promotional spree for the movie and they are constantly interacting with the press. In one such interaction, a reporter asked Shahid if audiences will ever get to see a collaboration between Hrithik Roshan and Shahid Kapoor.

The reason being, both the actors are quick on their feet and a treat to watch when they dance, so fans can’t wait to see a dance-off between these stars on the big screen.

Shahid Kapoor was all for the idea, though he admitted that he would be very intimidated as he loves Hrithik both as a dancer and an action hero. He said he would be very nervous around Hrithik and joked that he might suggest to him that they do something like his ‘Haider’ type role, which is more Shahid’s comfort zone.

Mrunal Thakur, who has worked with Hrithik Roshan in ‘Super 30’ chimed in saying that it would be wonderful to see Shahid and Hrithik in a film and that they should take her also in the movie.

The actors of ‘Jersey’ are having a great time promoting the movie and it looks like they are going all out to make sure the audiences get a fair chance to appreciate the drama and emotions portrayed in Gowtam Tinnanuri’s directorial.