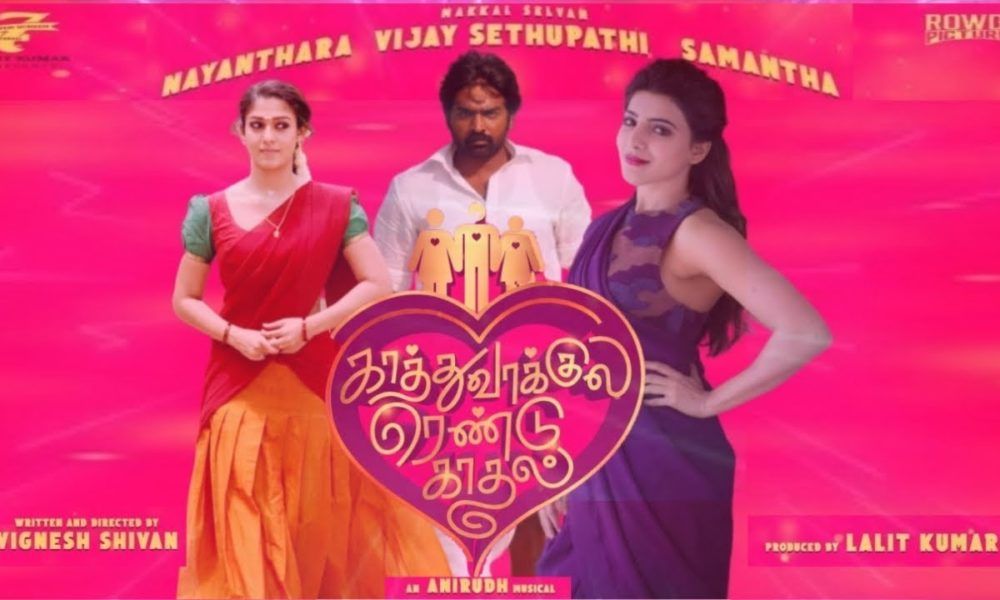 Director Vignesh Shivan's much-awaited romantic comedy 'Kaathu Vaakula Rendu Kaadhal', featuring actors Vijay Sethupathi, Nayanthara and Samantha in the lead, has been cleared for release by the Censor Board with a U/A certificate.

Rowdy Pictures, the firm producing the film, confirmed the news by tweeting about it. It tweeted, "'Kaathu Vaakula Rendu Kaadhal' censored U/A. Releasing Worldwide on April 28."

The film has triggered huge interest among both audiences and critics as it has Nayanthara and Samantha working together for the first time.

Recently, a trailer released by the film unit garnered a whopping 10 Million views on YouTube, an indication of the huge expectations from the film.

Shot by cinematographer Vijay Karthik Kannan, the film has music by Anirudh and has been edited by Sreekar Prasad.