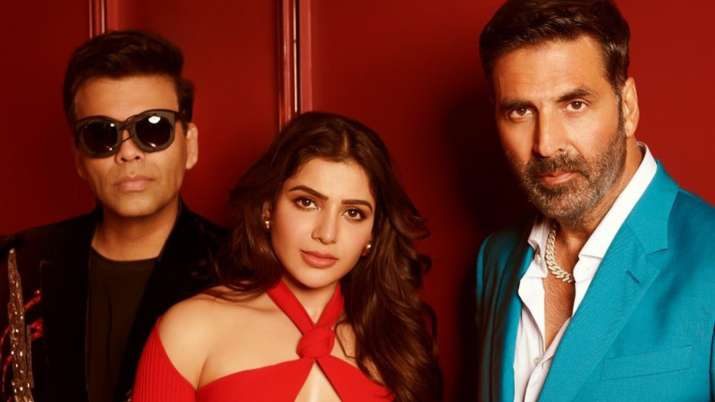 Fans of Tamil actor Nayanthara were quite offended when Karan Johar called actor Samantha Ruth Prabhu the number one star on last week’s episode of ‘Koffee With Karan’.

Karan Johar has since clarified that he meant absolutely no offence to Nayanthara or her fans. “I said, according to the list that I had from Ormax, Samantha was the no.1 star. Nayanthara’s fans have misconstrued the conversation,” he said.

That’s not all that fans are objecting to. Koffee viewers have misunderstood and misconstrued Samantha’s sarcastic “confession” that she paid Ormax a massive cheque to list her as the number one heroine. This has led to a section of the press actually believing this to be true and planting a whole set of stories and calling out the credibility and even speculating on how much Samantha would have paid to get the number one position.

Karan Johar, dismissed the malicious comments about Samantha’s comment on paying Ormax by saying, “I think we all need to have a sense of humour. Mine is a fun show.”

Karan Johar has always insisted that his show is not meant to be taken seriously and that celebrities who come on the show are also sitting there to add to the entertainment value. But nothing deters the haters who watch the show carefully and then troll Karan Johar as well the various celebrity guests who come.

His shows end up becoming headlines for tabloids the following week and soon Karan Johar might find himself exhausted from clarifying all that he says in jest on the show. If this keeps up, this could well be the last season when Karan Johar entertains his fans and viewers with juicy gossip and senseless fun served with Koffee on his Couch.