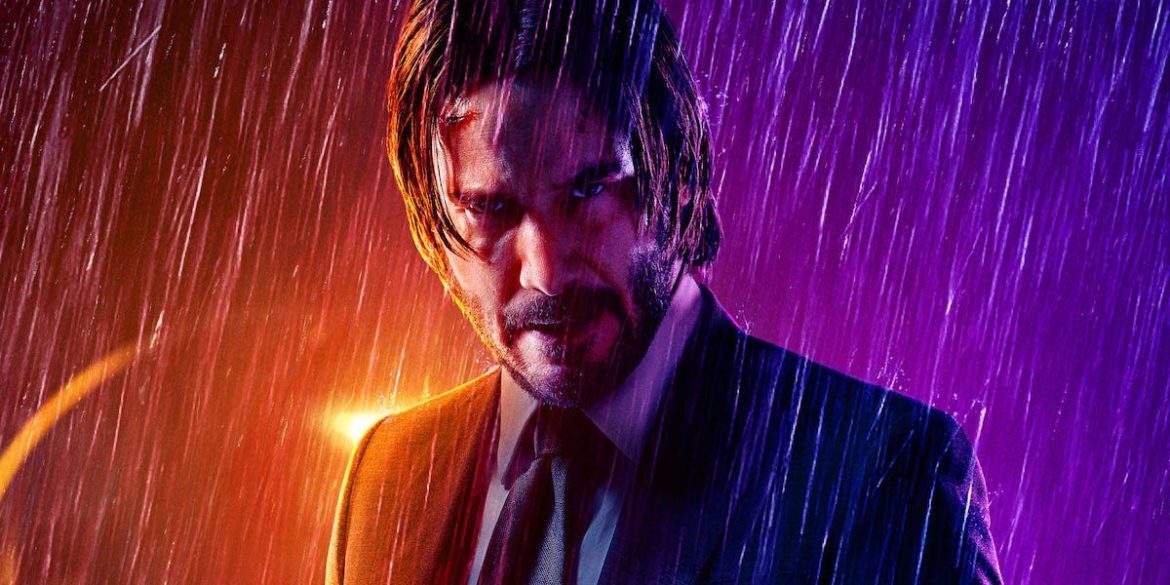 The fourth movie in the John Wick franchise will be on silver screens on March 24, 2023 and the first look trailer of the movie was unveiled during the Lionsgate presentation by none other than the leading man, Keanu Reeves himself.

In the first look footage, Keanu Reeves can be seen destroying his enemies with nun chucks. As reported by Variety, during the presentation by Lionsgate, when Reeves walked on stage, he was greeted with thunderous applause and chants of “you’re the man!” from several members of the audience.

In the trailer footage screened, Wick is on a personal revenge tour, but he seems to have a distinct ninja vibe, he is also seen punching a wooden post until his knuckles start to bleed. There’s a voice in the back that says, “I want you to find peace, John,” as the footage shows Keanu’s Wick killing his enemies, “but the only path this leads to is death.”

In the trailer’s final moments, Wick takes on two men in the lobby of what looks like an art gallery and he slays them with nun chucks in what can only be called a relentless attack where he busts the faces of the bad guys in a merry go round motion.

The Chairman of Lionsgate, Joe Drake, gave a little speech introducing Keanu and the director Chad Stahelski said, “Chad, as you might know, was a stuntman first. It’s rare that people go from driving off cliffs to sitting in the director’s chair… Usually it’s the other way around. We’d worked with Chad on The Expendables back in 2010. He had the most unique perspective on stunts we’d ever seen. We placed a bet — that Chad’s vision coupled with Keanu’s singular screen presence would rewrite the action genre. And that bet paid off for everybody.”

Drake further added, “Shepherded by Chad in the director’s chair, and the Baba Yaga himself, these incredible filmmakers continue to subvert genre conventions and defy audience expectations. More lore. More inventiveness. Exquisite locations. From the Roman Catacombs, to Halle Berry shooting her way out of Casablanca. From John killing a 7-foot-tall hitman with a library book to horses galloping across the endless sweeping dunes of the Jordan desert”.

Along with Keanu Reeves, the fourth instalment of the franchise also stars, Rina Sawayama, Lance Reddick, Shamier Anderson, Donnie Yen, Hiroyuki Sanada, Bill Skarsgård, Clancy Brown and Scott Adkins. The one person not returning in the fourth edition is Halle Berry who played Sofia in Chapter 3 of the franchise.

Besides this, Lionsgate also has a ‘John Wick’ spinoff titled, ‘Ballerina’, starring Ana de Armas which will soon be coming to theatres.