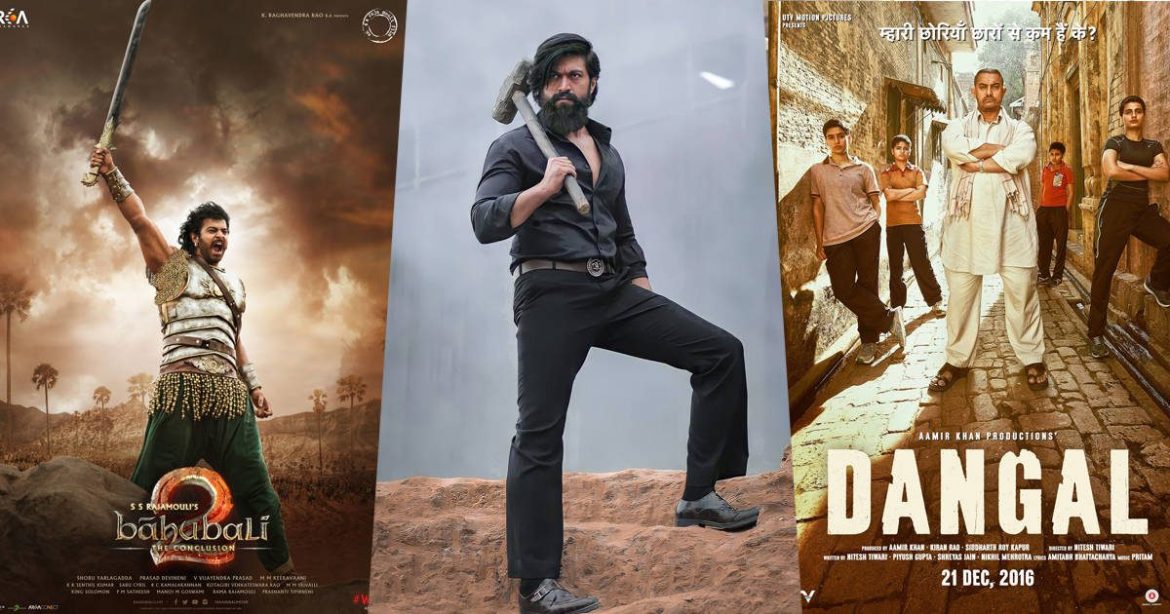 Since its release, 'KGF: Chapter 2' has taken over the box office. The Yash-starrer has now become the third highest grossing Hindi film after 'Baahubali 2' and 'Dangal' starring Aamir Khan.

According to boxofficecollection.in, 'Baahubali 2' starring Prabhas minted Rs 510.99 crore in Hindi while 'Dangal' collected Rs 387.38 crore in its lifetime at the box office.

'KGF: Chapter 2' claimed the highest opening day, opening weekend and opening week for any film in the Hindi belt and became the fastest film to reach the Rs 250 crore benchmark.