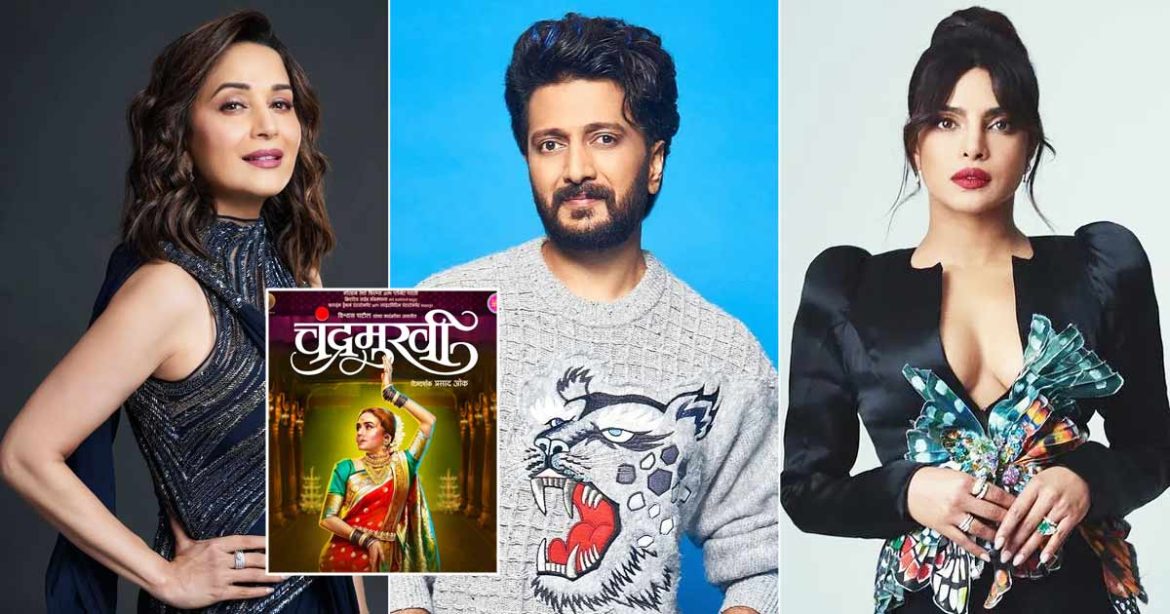 The trailer of the upcoming Marathi musical drama 'Chandramukhi' is getting praises from B-town. Recently Bollywood like Madhuri Dixit Nene, Priyanka Chopra Jonas, Riteish Deshmukh have lauded the trailer of the Prasak Oak directorial.

Madhuri took to her Twitter and sent her best wishes to the film's team. She tweeted, "Dear @adinathkothare @AmrutaOfficialK lots of love & good wishes for #Chandramukhi. Can't wait to watch it! @PlanetMarathi #ChandramukhiTrailer."

Taking to his Twitter handle, Riteish also shared the trailer of 'Chandramukhi' and wrote, "Grand Marathi Musical based on an acclaimed book written by Vishwas Patil music by the maestros

'Chandramukhi', which is set against the era of the 80's, follows a tragic romantic tale of two very different worlds of Politics and Tamasha, it stars Amruta Khanvilkar and Addinath Kothare in lead roles, and features music by composer duo Ajay-Atul, who are best known for the chartbuster album, 'Sairat'.

Prasak Oak has earlier directed films such as 'Kaccha Limbu' and 'Hirkani'.