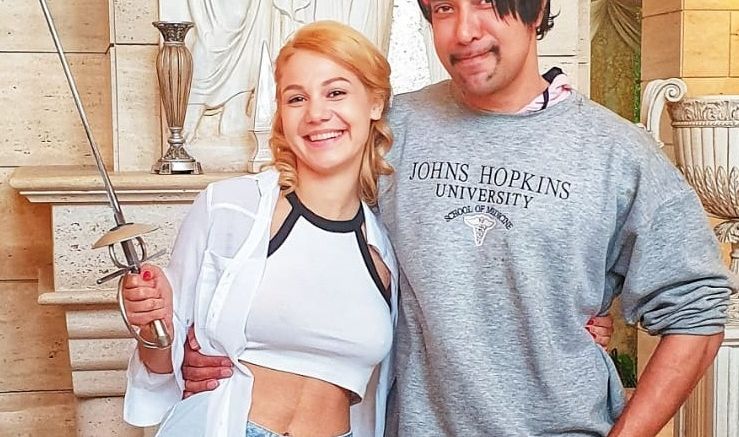 Nitin Kumar Gupta's next directorial 'Love In Ukraine' is expected to release on May 27. The film, as the title suggests, was shot in the eastern European country itself.

Nitin, who is also the writer of the film, shares his experience of shooting the project.

"We filmed inside a church that was 1,200 years old near the river city of Vyshhgorod. It is made entirely from wood and has a very unique and spiritual experience. The priest gave the entire team special blessings for the film. We also shot in the Kyiv City Center, which is very famous and filled with tourists.

"We also filmed in a cow farm, a horse ranch, other ancient churches and forests and a very old traditional village. Europe we have filmed dates back to 1,000 years and even while shooting we felt like we have been transported to a fantasy world," says Nitin, who is also known for his film Sayonee (2020) filmed in Russia, and the yet to be released 'LAC' (2022), based on Indian soldiers at the border.

Nitin shares that Ukrainians are fond of Indian cinema and have their favourites too.

"People of Ukraine are big fans of Raj Kapoor films, but 'Disco Dancer' is their all-time favourite movie. The song 'Jimmy Jimmy' still plays on the radio and there is even a locally translated version of the song. 'Baahubali' is also quite well known there," he shares.

While Ukrainians do not know much Hindi, they often did greet the 'Love In Ukraine' team with the Indian-style 'Namaste' wherever the cast and crew went, reveals Nitin.

"We also taught some of them the term 'Shukriya'. The crew also learned 'Chalo Chalo, Jaldi Jaldi' because I always shouted those words when we needed to finish the shooting schedule on time," he wraps up.