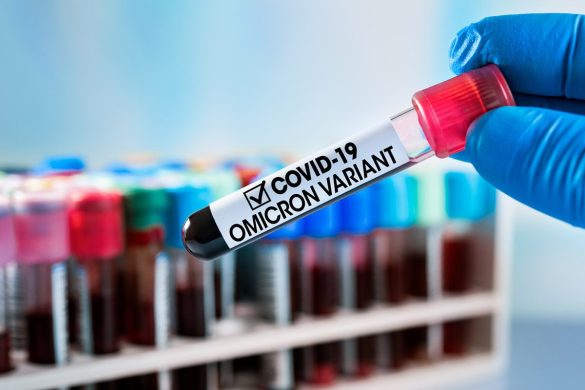 One in five hospital staff was infected by the Omicron variant of Covid-19 soon after having had the third vaccine dose, according to a Swedish study.

Although the majority had only mild symptoms, the virus load was sufficiently high to transmit the virus for up to nine days, Swedish Television (SVT) reported on Wednesday.

In the study, 375 staff at the Danderyd hospital in Stockholm were tested every second day for four weeks. More than 20 per cent tested positive within two months of receiving the third vaccine dose, and the majority had no symptoms, Xinhua news agency reported.

"This is the first time that the virus levels in the airways were followed during an ongoing Omicron infection and it was surprising that so many tested positive for so long and had such high virus levels despite just having received the third vaccine dose," Charlotte Thalin, a specialist doctor who worked on the study told SVT.

Thalin said the study proves that Omicron can evade the immune system.

However, the findings do not mean that vaccines are not beneficial, she emphasised.

"They protect against severe forms of illness and Omicron is potentially dangerous for those who are not vaccinated, the elderly, and individuals belonging to a risk group."

According to the study website, the majority of participants have been vaccinated with either the Pfizer/BioNTech or AstraZeneca vaccine.

The study's findings were presented to the Swedish public health agency and the World Health Organisation, SVT reported.