Oprah Winfrey wasn’t allowed to bring a camera to Bachchan House. Here’s why! 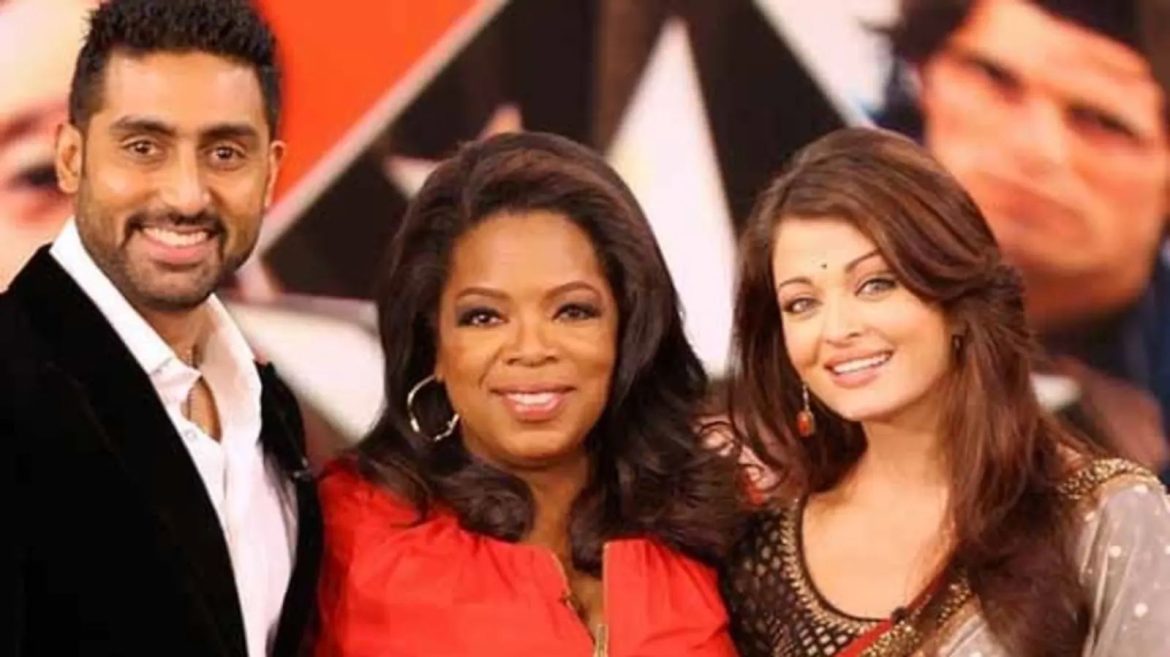 Oprah Winfrey needs no introduction. The world famous talk show host has kept her audiences engaged with her talk shows for decades now. She is a person who has built connections with celebrities from all walks of life, including Bollywood.

Oprah has had a very good rapport with Aishwarya Rai Bachchan who has also made appearances on her talk show a couple of times. The first time Aishwarya went on Oprah’s show she was single and the next time she went it was with her husband, actor Abhishek Bachchan, and on the talk show the couple behaved like a pair of giddy newlyweds.

The interview was quite popular at the time and it went viral because Oprah was noticeably shocked to know that Aishwarya and Abhishek lived as a joint family with Abhishek’s parents – Legendary actor Amitabh Bachchan and his veteran actress, politician wife, Jaya Bachchan.

Over the years Oprah and Aishwarya clearly stayed in tpouch, and Oprah had promised Aishwarya that she would definitely visit her if she ever came to Mumbai.

Oprah did good on her promise and called Aishwarya when she was in Mumbai in 2012. Apparently, she was warmly welcomed to go over to the Bachchan residence but Aishwarya had only one condition – No cameras. No photos.

While that might sound rude, Oprah said she understood and accepted the caveat as Aishwarya and Abhishek had just had a baby a few months back and they were notoriously private about her then. No one even knew the name of the baby or what she looked like.

A video released by “OWN” on YouTube  has Oprah herself explaining the events of her visit. Watch it here:

Oprah further said that she met the whole family and Amitabh Bachchan even invited her to a party they were attending later. Oprah said what surprised her the most was the sheer number of fans. She said, “When those gates opened, I went ‘woah’. I’ve seen paparazzi, but I ain’t never seen nothing like this. I don’t know what that is out there. People crawling over the cars, and yelling and screaming, whoa.”

The video has footage of her attending the party, thrown by Parameshwar Godrej and we can spot Oprah interacting with several Bollywood celebrities, including Priyanka Chopra, Hrithik Roshan and even ace musician A.R. Rahman.