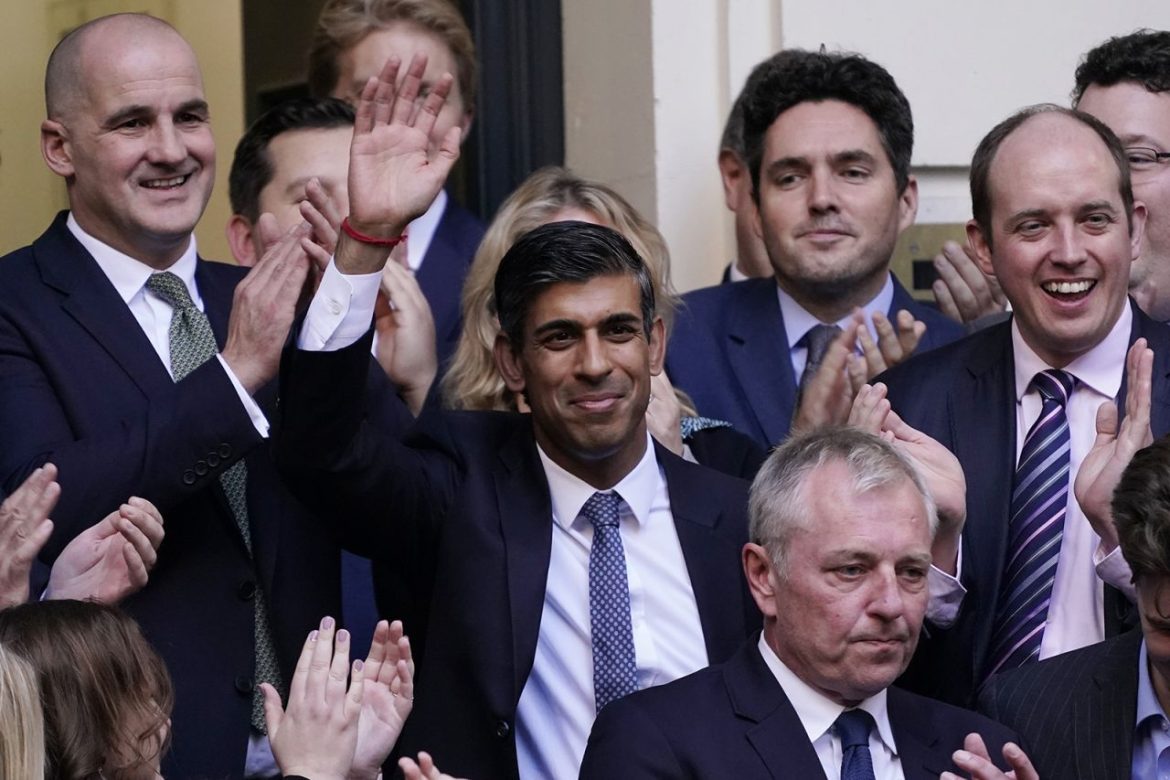 Former Treasury chief Rishi Sunak is set to become Britain's next prime minister after winning the Conservative leadership race Monday — and now faces the huge task of stabilizing the party and country at a time of economic and political turbulence.Sunak will be Britain's first leader of color, and the nation's third leader just this year. He will take over as prime minister from Liz Truss, who quit last week after 45 tumultuous days in office, leaving a staggering economy and a shell-shocked and divided party.

His only rival, Penny Mordaunt, conceded and withdrew after failing to reach the nomination threshold of 100 Conservative lawmakers needed to stay in the race.

Rishi Sunak has given his first speech as Conservative Party leader, telling the party he is “humbled and honored” to win their support.

I’d like to pay tribute to Liz Truss for her dedicated public service to the country,” he said of the outgoing leader. “She has led with dignity and grace through a time of great change.”

“The United Kingdom is a great country, but there is no doubt we face a profound economic challenge,” he added. “We need stability and unity, and I will make it my utmost priority to bring our party and our country together.”

“I pledge that I will serve you with integrity and humility … I will work day in, day out to deliver for the British people,” he concluded at the end of a very brief speech.

Sunak lost out to Truss in the last Conservative election, but his party now appears eager for a safe pair of hands to tackle soaring energy and food prices and a looming recession. The politician steered the economy through the coronavirus pandemic, winning praise for his financial support for laid-off workers and shuttered businesses.

He promised "integrity, professionalism and accountability" if he formed a government — a veiled criticism of the scandal-tarred Johnson and the problem-plagued Truss.

Sunak will now be asked by King Charles III to form a government. He will become the prime minister in a handover of power from Truss later Monday or on Tuesday.

Canada to remove COVID-19 border and...