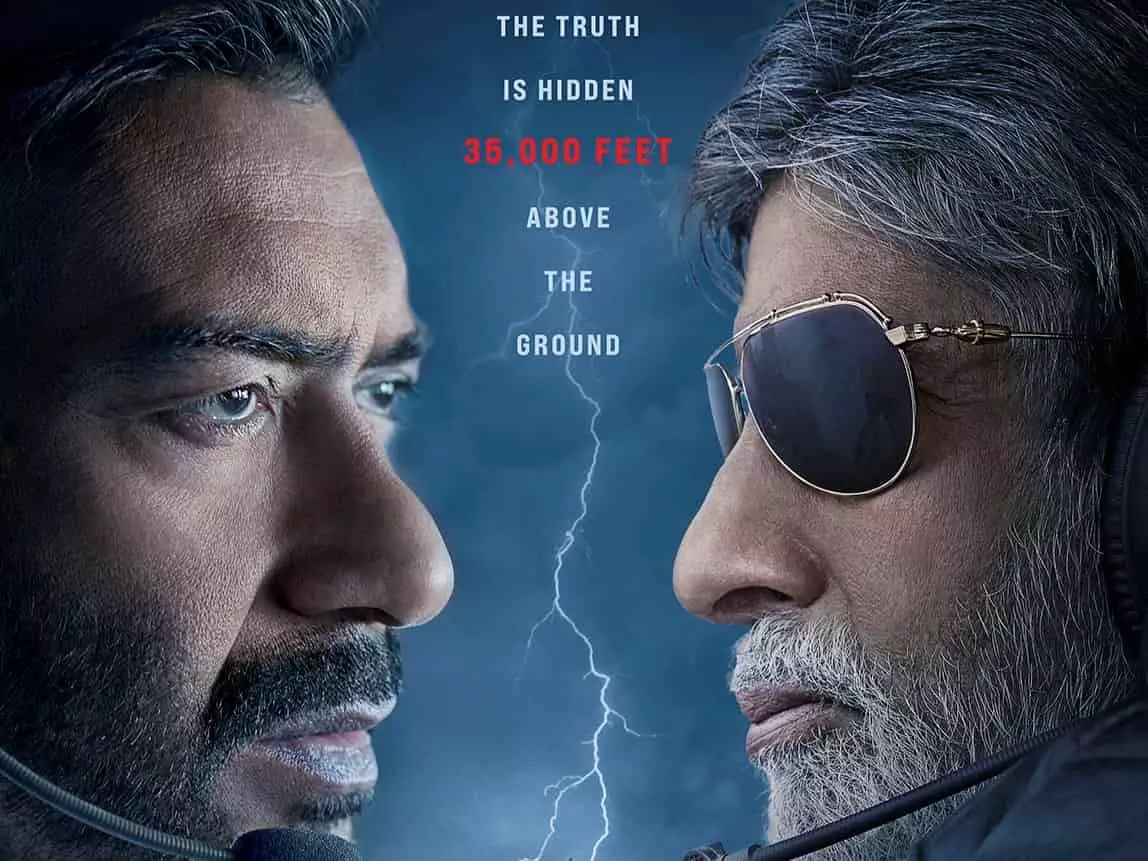 Ajay Devgn has shared the trailer of his upcoming directorial, ‘Runway 34’. In the movie, Ajay will be playing the role of a pilot who has to face a tricky and possibly fatal situation when his aircraft is not allowed to land due to bad weather.

The trailer shows Amitabh Bachchan playing the role of an investigation officer who is looking into the incident when Captain Vikrant Khanna (Ajay Devgn) force-landed a plane despite the warnings from the control room that he shouldn’t. The 3.18-minute trailer gives a glimpse into the fast-paced intense drama that the movie will be.

‘Runway 34’ teaser was earlier shared by Salman Khan on his social media last week. Sharing the teaser Salman Khan said that this year he wasn’t releasing any film for Eid so he said that he requested Ajay Devgn to release his film for ‘Eid’ for his fans. He then adds that everyone should celebrate Eid this year by watching ‘Runway 34’ this year.

‘Runway 34’ has been produced and directed by Ajay Devgn. While talking about the film, Ajay Devgn said, “‘Runway 34’ is a high-octane thriller inspired by true events. It is special to me for many reasons.”

The movie is inspired from real life events of the Jet Airways Doha-Kochi flight of 2015. Along with Amitabh Bachchan and Ajay Devgn, the movie also stars Rakul Preet Singh, Carry Minati and Boman Irani. The original title of ‘Runway 34’ was ‘Mayday’ but the makers decided to change it.