Saanand Verma dons khaki for his next project 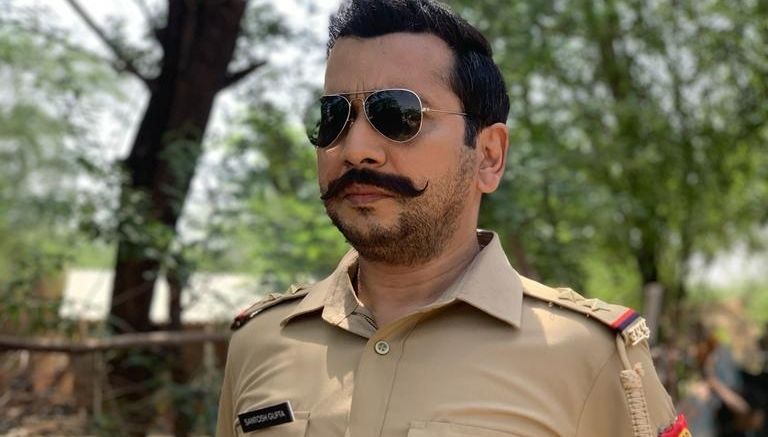 Actor Saanand Verma, who was recently seen in 'Apharan 2' and got many accolades for that, is currently shooting for a film titled 'Chaar Lugaai' directed by Prakash Saini.

This will be the first time when Saanand will play the role of a police officer.

Speaking more about his role Saanand says:"I am very happy to take this up. The story of 'Chaar Lugayi' is very interesting and revolves around 4 women, a boy and a police inspector. There's nothing more I can share as this will be the first time a film has been made on this subject. My role is that of Santosh Gupta who will be solving a murder mystery which also has an element of comedy. Well known character artist Bijendra Kala is playing an important role in the film."

So what kind of preparatory work went into playing this role? "We have seen many police officers' roles in the Hindi films and I have not followed any of them for my portrayal in 'Chaar Lugayi'. I used to be a journalist and have interacted with many police officers when I used to cover the crime beat. So, whatever innovation I have done I tried to take those nuances from my own experience. Also the moustache which I am sporting in the film will be the real one which took one month to grow. And I feel when you have a clean shaven face you can actually try a lot of new looks along with moustaches and beards."

"I am happy the moustache is actually giving out a new personality to the character I am playing."

Verma also adds: "Currently we are at the last phase of our shoot, filming in the scorching heat of Mathura but having a great experience working under the guidance of Prakash Saini who has made films like 'Chal Bhaag,' 'A Tale Of Rising Rani'. The visuals which we are getting from the places of Mathura are very close to me and I am sure the audience will also like to watch it on screen once the film is out."

In the past Saanand has worked in films like 'Mardaani', 'Raid', 'Pataakha', 'Chhichhore', 'Helmet', 'Hum Do Hamare Do'. Verma's last work 'Apharan 2' where he played the role of Satyanarayan Dubey.