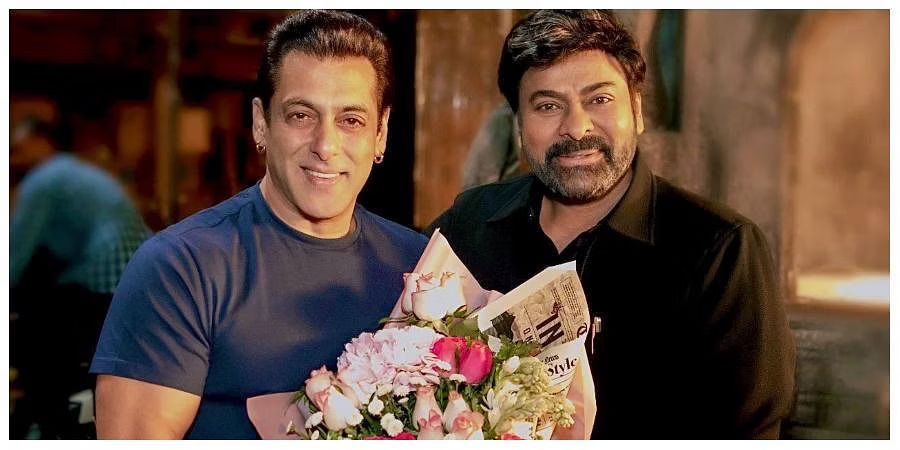 Salman Khan is fondly called the ‘Bhai’ of Bollywood. The temperamental ‘Dabbang’ star is known for his unexpected generosity especially when it comes to his friends. He is known to be staunchly loyal and even in the past when he and Shahrukh Khan (who were best buddies at one point) had a fallout, he made it very clear that no one was allowed to bad mouth Shahrukh Khan or use their strained relationship to score brownie points with him.

Another lesser known fact about Salman Khan is the fact that he is a fan of Telugu star Chiranjeevi. Apparently, the ‘Tiger’ actor has idolized Chiranjeevi since he was a teenager.

Such is his adoration, that when Chiranjeevi’s son superstar Ram Charan was shooting his Bollywood debut movie ‘Zanjeer’ in Mumbai, Salman Khan sent meal packages every day for Ram Charan on his movie set.

Recently, there was news that Salman Khan was asked to appear in Chiranjeevi’s much hyped movie ‘Godfather’. Salman’s cameo will be for around 20 minutes and reportedly a source close to the project revealed that “Chiranjeevi’s producers wanted to pay Salman Rs. 15-20 crores for his guest appearance in Godfather. But Salman was adamant. He told Chiranjeevi he won’t do the cameo if they insisted on paying him.”

In fact Salman’s exact words to Chiranjeevi were “‘If I was to ask you to do a role in my film would you charge for it?” This evidently left Chiranjeevi speechless as he was moved beyond words at Salman’s gesture.

Salman Khan will have to shoot for roughly a week in Hyderabad for his 20-minute special appearance in ‘Godfather’.

‘Godfather’ was announced in April 2020 and it is a Telugu remake of a very popular Malayalam film ‘Lucifer’. The movie stars Chiranjeevi in the lead along with Satyadev Kancharana and Nayanthara.

Even though it is only a cameo, ‘Godfather’ will be Salman Khan’s debut in Telugu cinema.