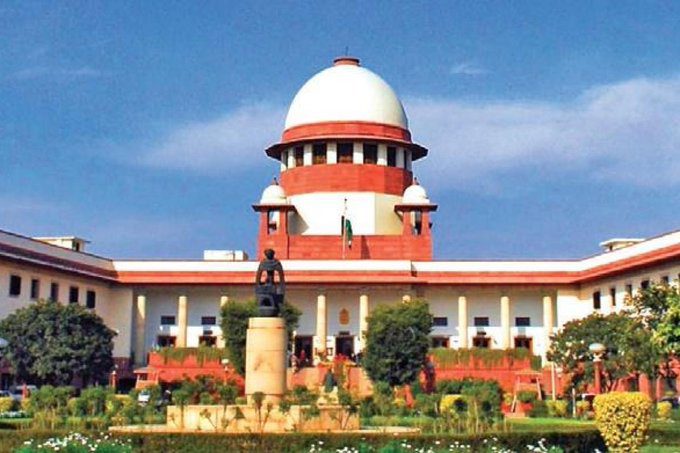 For 62-year-old Pakistani national Mohammad Qamar, a seven-year ordeal ended on Friday after the Supreme Court ordered his release from a foreigners' detention centre, where he has been lodged since 2015.

A bench of Justices D.Y. Chandrachud and Hima Kohli noted that no material has been brought on record by the Central government to establish he is any security threat.

As he had married an Indian citizen and is father of five children, who are Indian citizens, the bench asked the Centre to take a decision on granting him a long term visa, and its decision should be placed before the court within four months. The bench said: "We are of the view that keeping the detenu in detention would not be apt."

Senior advocate Sanjay Parikh, representing the petitioner, submitted that persons who were under detention in Assam for over 2 years were released, and similar relaxation is not being given to Qamar, which amounts to discrimination.

Additional Solicitor General K.M. Nataraj, representing the Centre, submitted that Uttar Pradesh had recommended against granting him a long term visa. The Uttar Pradesh government counsel cited a senior police officer's views that since he had already divorced his wife, there is no justification for him to stay in India.

However, the bench pointed out that there is nothing on record to show the divorce and also all his children are in India.

As the Centre's counsel argued that Qamar is a Pakistani national and he cannot claim fundamental rights under Article 19 and 21, the bench replied that he is over 60 years and he may need his children. "Where will you push him? Pakistan does not want him?" it told the ASG.

The bench said the Ministry of Home Affairs should take a fresh decision on Qamar's representation for a long term visa.

The top court released Qamar on condition of furnishing a personal bond of Rs 5,000 and two sureties of the like amount and his permanent address in Meerut where he proposes to stay.

Qamar's children had filed a habeas corpus petition in the Supreme Court seeking his release from the detention centre. Previously, the bench had queried the Centre, for how long it will keep a Pakistani national under detention against the backdrop that Islamabad denied accepting him as its citizen, and pointed out that there cannot be indefinite detention.

In August 2011, Qamar was arrested from Meerut, held guilty by a court for overstaying his visa and sentenced to three years and six months in jail.

After completing the sentence, he was sent to the detention centre at Lampur in Narela here on February 7, 2015 for deportation to Pakistan, but was languishing there since.

Govt should not give donations to...