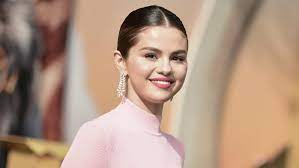 As per Deadline, the TV comedy will be a half-hour series which will follow four Latina girls starting high school as they navigate through feeling invisible as they explore what it feels like to leave behind their childhood when they have to go through the age old Latino ‘coming-of-age’ passage of rite: their quinceañera.

Tara Saracho via her Ojalá Production banner, Lugo, who is known for Whiplash, will be the writers and executive producers of this project. Selena Gomez is also an executive producer who will be producing this series through her July Moon Productions

Selena has previously also co-produced the Netflix adaptation of ’13 Reasons Why’ from 2017 to 2020. Selena is currently acting and producing the renewed Hulu Comedy show ‘Only Murders in the Building’ where she is working alongside Martin Short and Steve Martin.

The original ‘Sixteen Candles’ movie featured, Molly Ringwald, Anthony Michael Hall and Michael Schoeffling. The movie follows the life of sophomore student Sam who is looking forward to her sixteenth birthday. But she realizes that her older sister Ginny, who has always been self-absorbed is actually getting married a day after her birthday. Sam, then also comes to the realization that her entire family is focused on the wedding and they have forgotten about her special day.

The movie was a coming-of-age, slice of life classic. It will be interesting to see the movie adapted into a show that too with a cultural spin to it.